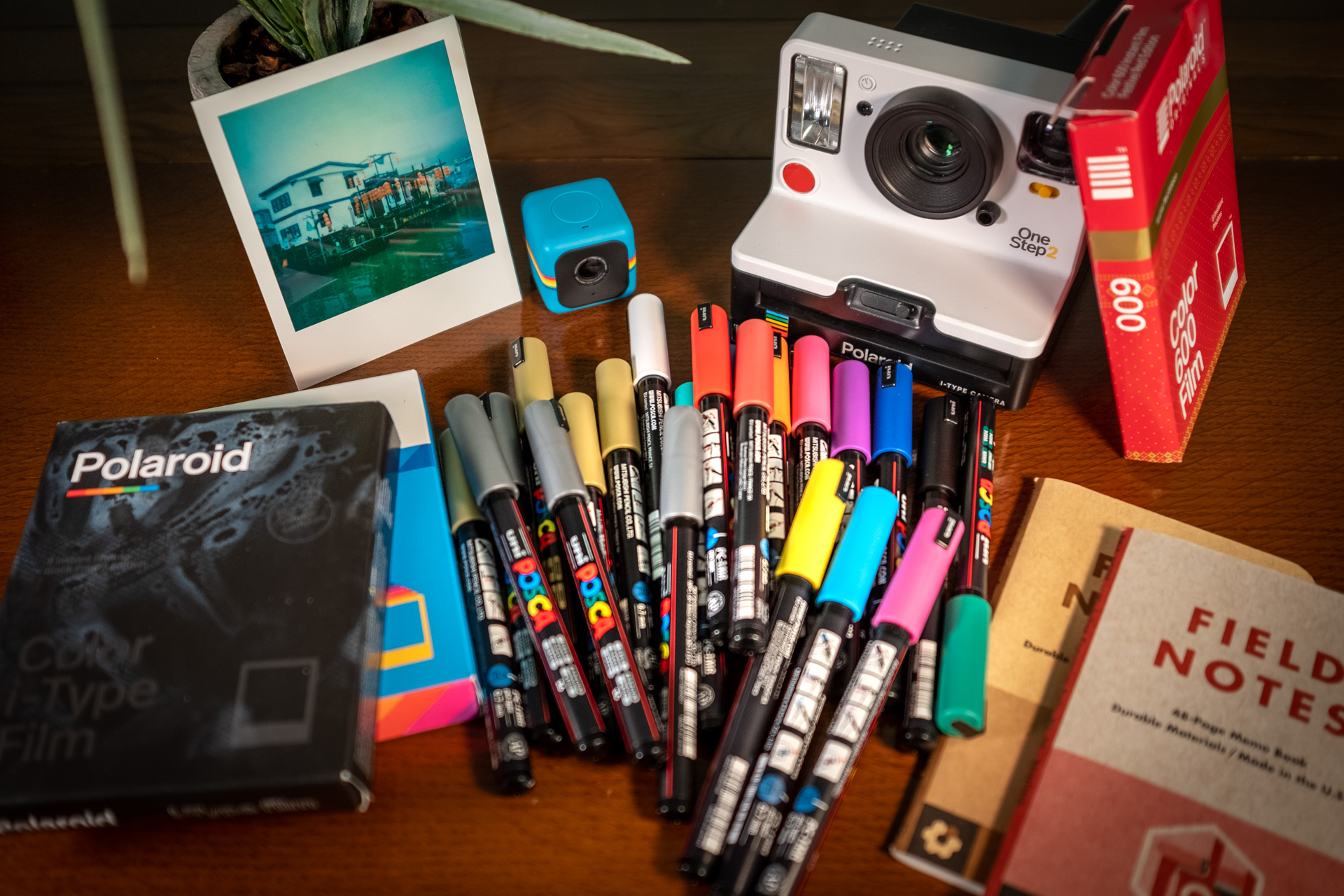 This week I mowed the lawn, go me! There was a lot of clover, it took forever to mow as I had to keep waiting for bees to move out of the way.

I finished listening to my backlog of podcasts, and now I'm all caught up. Part of this was helped by unsubscribing to a bunch in a harsh cull. I listen to them on the way to and from the art studio, 25 minutes each way, and while doing the washing up.

But now the kids do the washing up (yay) I've been slipping behind on the podcasts (boo). Which is trouble because I'm also trying to listen to audiobooks and now just the walking isn't enough.

I'm probably listening to the wrong podcasts, but I've felt that the audiobooks are educational, in that I feel like I've learnt new concepts from them. In contrast, the podcasts, even the educational ones, are just entertainment.

So I'm on a temporary podcast diet until I clear my audiobook queue.

Now I'm caught up on; RSS feeds, emails, podcasts, but catching up on; audiobooks, mailing list newsletters and online courses I've signed up for.

A bit more about the trackbacks, as last week (Weeknotes 34 - Fruit of the Garden, trackbacks, art update) I half talked about them. This is what I know...

As I said last time, I have no idea how stuff gets into the refer header. In my head, it's "the page which someone was on when they clicked a link to get to this page", which seemed like a fair assumption. However, when I look at them I see this. 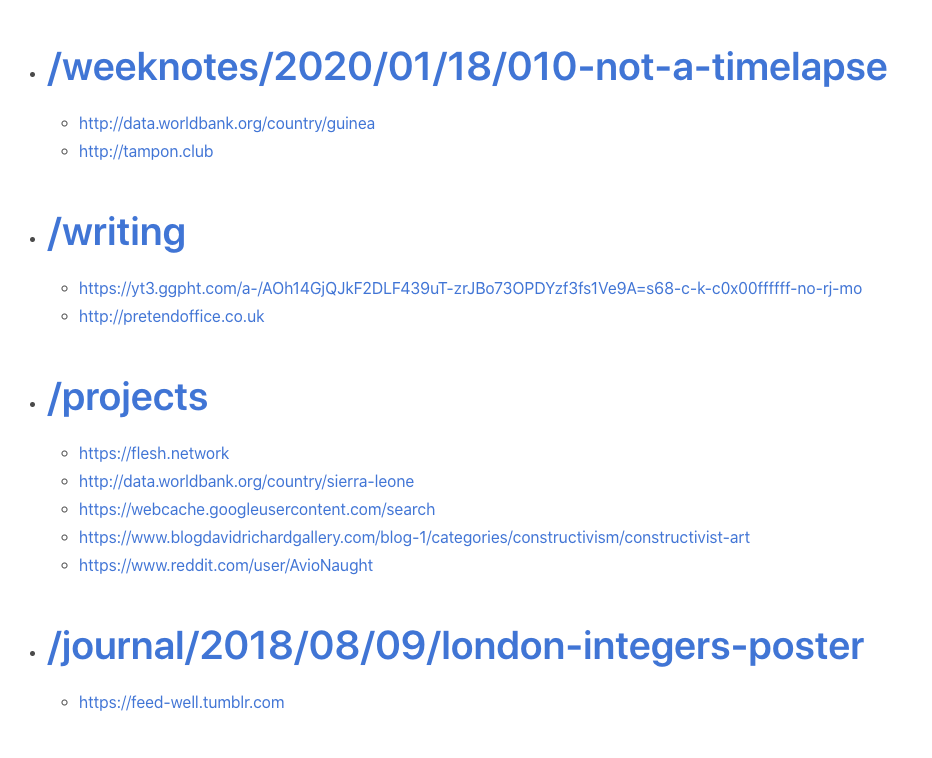 There's a couple of entries in there that show it isn't random, I'm web adjacent to a few of them, but they don't link to my site. Others, I have no idea, I assume just "the last thing the user was looking at before coming to your page" is closer.

Either way, when I go to one of my pages, I have an admin block at the bottom that shows me the referrer for that page.

There we can see that somehow someone is theoretically coming from the minimised javascript file on Tom's site.

To make things easy for myself as a first stab at the whole thing I gave myself the option to approve or block an entire domain. Which initially seemed like it'd be fine.

Having used it for a couple of weeks, I've discovered I also need to be able to block individual URLs, without blocking the whole site.

Plus I want to block destinations; the pages people are trying to get to, so my admin page isn't full of...

Which is somewhat interesting on one level, but I want to just focus on actual pages, rather than hacking attempts.

The last thing (for the moment anyway) that I'm juggling with is linking from within my own site, or other people's where the link comes in from a blog post, a page listing blog posts, and the homepage which may have the blog post on it. Rather like this, as an example... 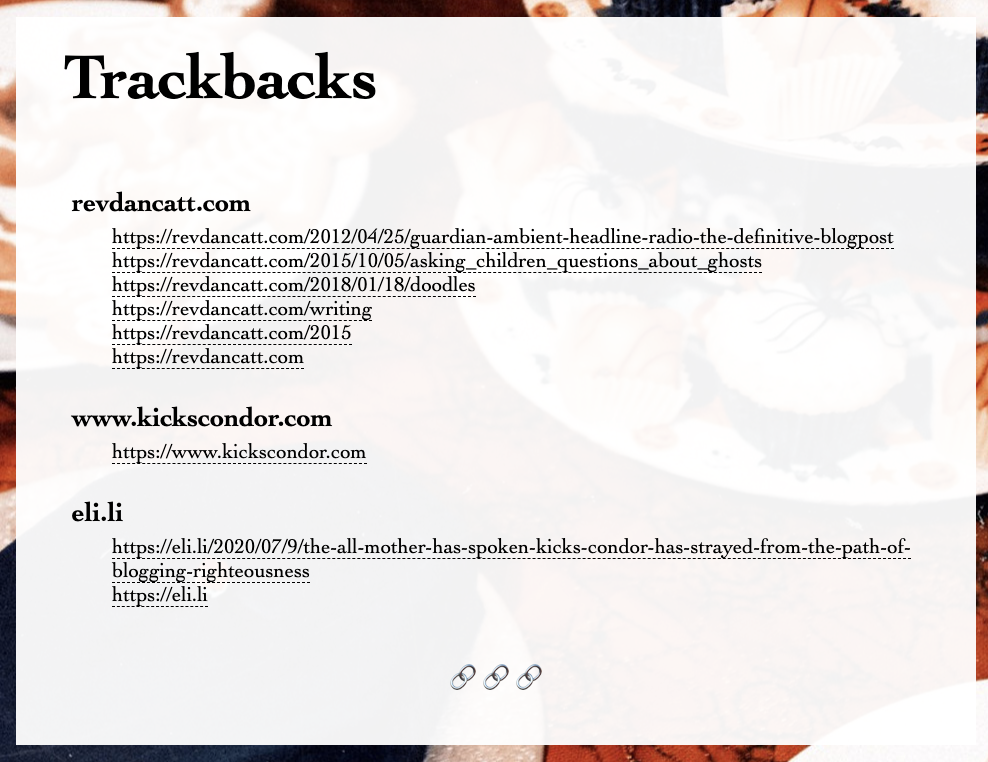 ...it feels like there ought to be some heuristic (aside from actually using code to go grab the page and check it for links) to work out the most "important" page, in most (but not all) cases it's usually the longest URL being the most important.

For the moment I sort the URLs by length and display them long to short.

I thought this was going to be a nice easy project, but it turns out there's a whole bunch of edge, and not so edge, cases to deal with. Now it's more of an ongoing project. 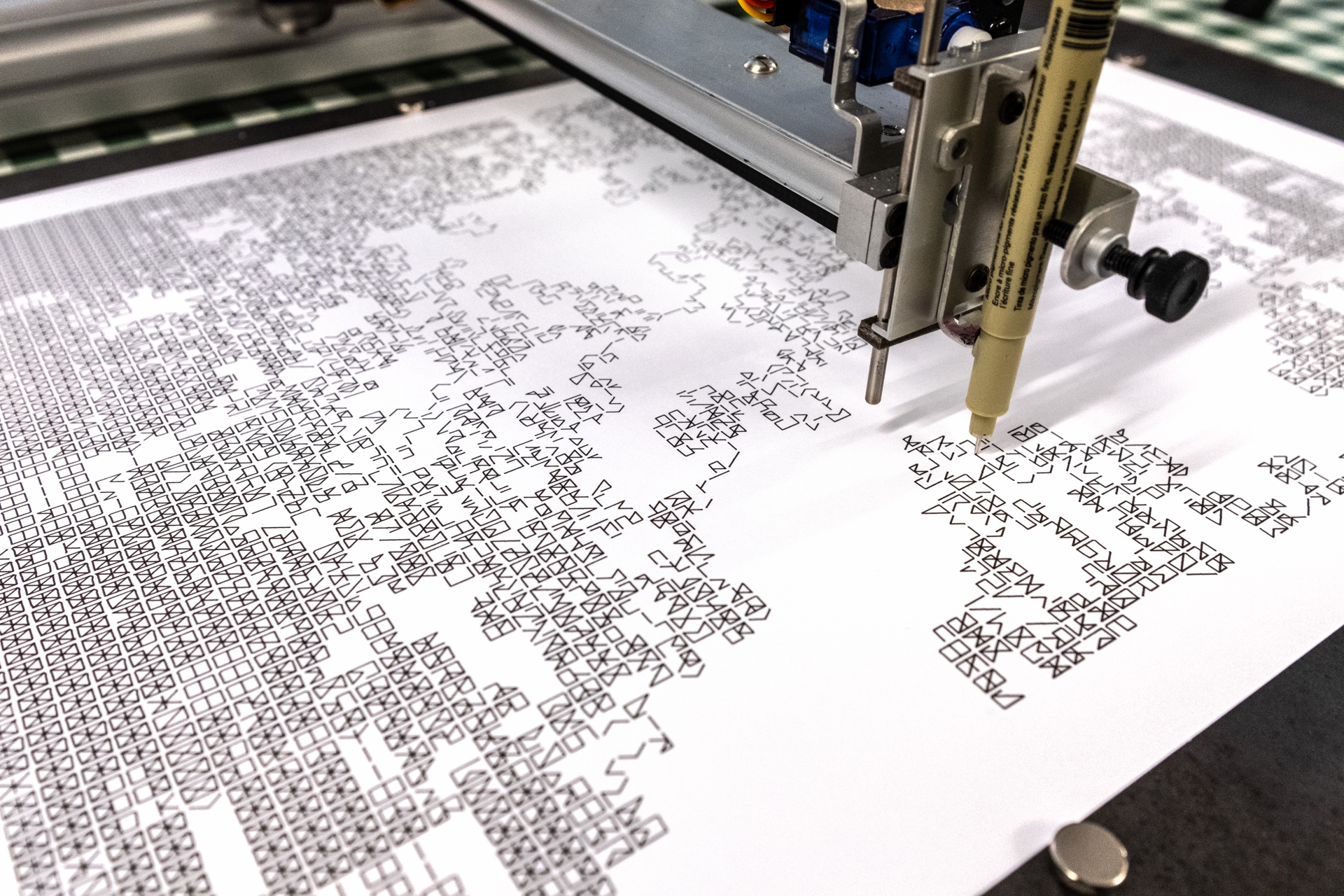 The jump in new followers is because I believe I've actively moved from "Phase One" of being an artist to "Phase Two".

Phase One was trying lots of things out, getting used to the pen plotter and seeing if it was something I was going to stick with.

Phase Two is "engagement." Which sounds slightly cynical but it just generally starting to write blog posts, chatting to people on Instagram some more and generally being more involved in the whole pen plotting scene.

This is the part where I start to gear up to actually selling some work. Now I've had some time exploring a lot of different ideas, and I feel I know enough to pull together a small "collection" and similarly themed plots.

Now it's lots of boring stuff like setting up Etsy, taking lots of photos of each piece of artwork, writing descriptions, working out shipping costs, putting systems in place and so on.

Funnily enough after talking about making personal tools, including a "Correspondence tracking", I've been thinking about spinning up a second instance and with a couple of tweaks using it to track sending out sales.

It has everything I need; a space for an address, a notes fields, and somewhere to record when I sent things out, with a space to put tracking numbers in. I think the only thing I'd add is the ability to upload a photo of the artwork and change the colour of the header, so I don't get the two mixed up.

I can see myself already wanting to build an inventory tracker (mainly to keep track of what number I'm on, on limited edition prints), but I think I'll stick to using a spreadsheet until I figure out what my actual needs are.

Now I have two more blog posts to write.

Which have been bouncing around in my head for a while. I need to sit down and write them out, but I want them to be perfect, so I have to overcome that first.

Because what I really need in my life right now is more writing.