Before I stopped using twitter, and since starting it up again, I decided always to be positive while using it. Or rather, not to be negative. It was very easy to, for example, watch a slightly substandard film, pop online and go "Oh lol, just watched a terrible film, something, something." While forgetting that people worked hard on it, and everything that goes along with how much effort goes into producing anything from start to end.

I decided to extend that to these weeknotes and blog posts, until last week, when I ranted about ElasticSearch. And it felt, well, kinda okay. Although I don't think publically publishing complaints and gripes is good-form, I'm going to finally get some things off my chest this week and then get back to being positive. 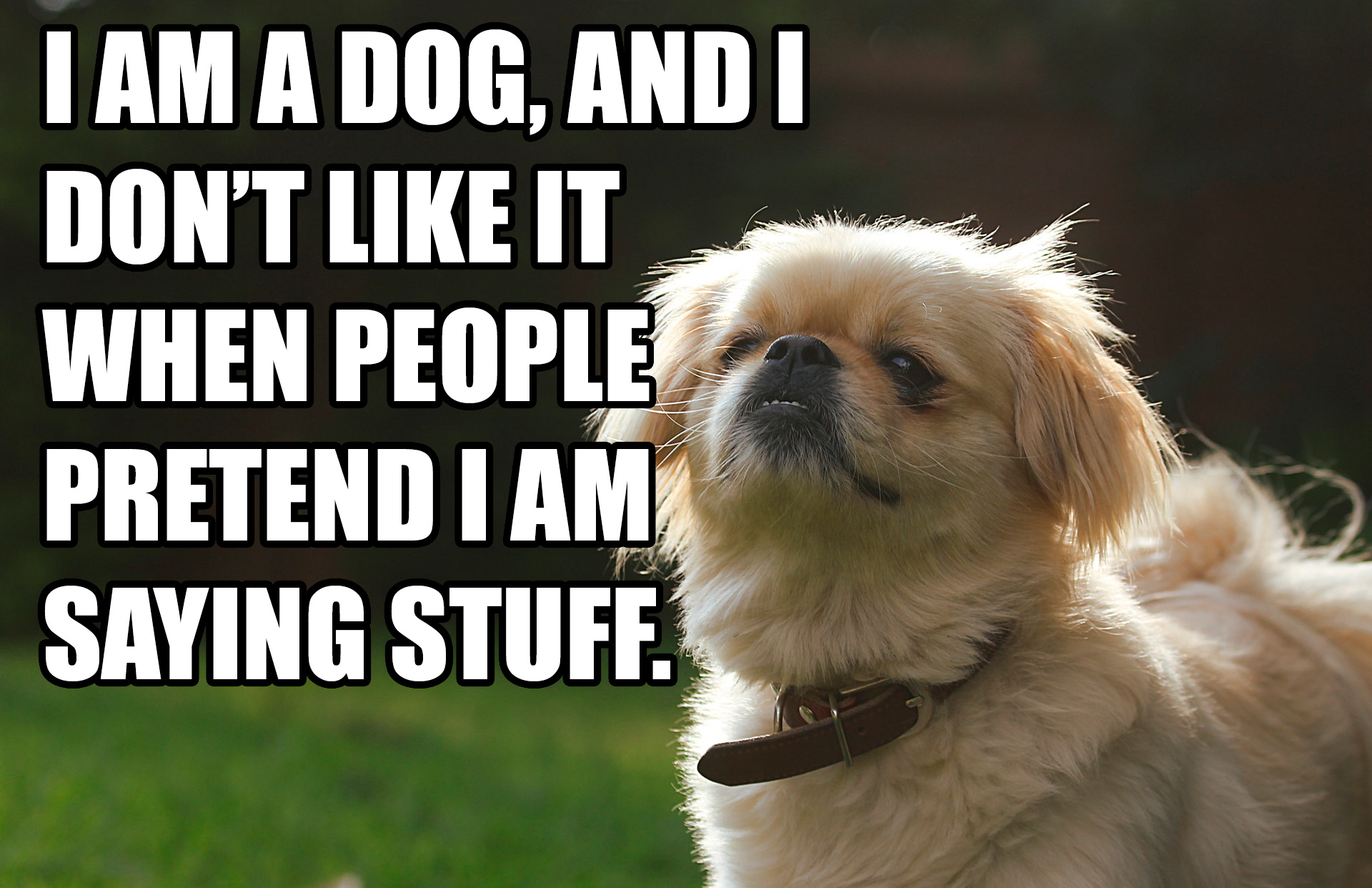 #1. I hate it when I see photos where someone has written words as though they have been spoken by an animal or a baby/toddler. Along the lines of "My mom thinks I look cute, but really I've hidden my poop down the back of the sofa, oh lol."

Because here someone has decided that the dog is both smart enough to string together a coherent sentence but also stupid enough to make a statistically unlikely bet.

#2. None stacking cans of Heinz baked beans, when did that start back up again?

I remember rejoicing the day I first discovered tins that were newly designed to be stacked snugly. Now all of a sudden my baked beans are unstackable, and I have to store them in pyramids instead, which is honestly fucking with my stockpiling shit.

#3. While gardening at the weekend, I managed to nettle sting my scrotum. I consider this to be deeply unfair as I didn't want to be out there clearing nettles anyway.

#4. The problem with Scrappy Doo, isn't that he's annoying, which he is, but that the ghosts suddenly became real, which is an afront to science.

I know this hot-take is about 40 years old, but I've been bottling it up.

The Hex Girls are however fine.

There, I think that just about covers it for the week.

Now, I understand the idea behind a gratitude journal. When I was stung by a nettle, I should be grateful that I have a garden I can go into where I can get stung. There are many people stuck in apartments without the slightest chance of getting their nethers nettled.

The principle is fine, but at the same time, I feel slightly better for having let off some steam, especially about the annoying Facebook thing.

While I'm most likely not going to post any more rants or annoyances here in weeknotes again, perhaps I'll start an ingratitude journal. Each day I can write down one thing that's properly fucked me off, and then get on with the rest of my life happily.