I accidentally had oats with beans, carrots and beetroot for breakfast this week; it was pretty ok. 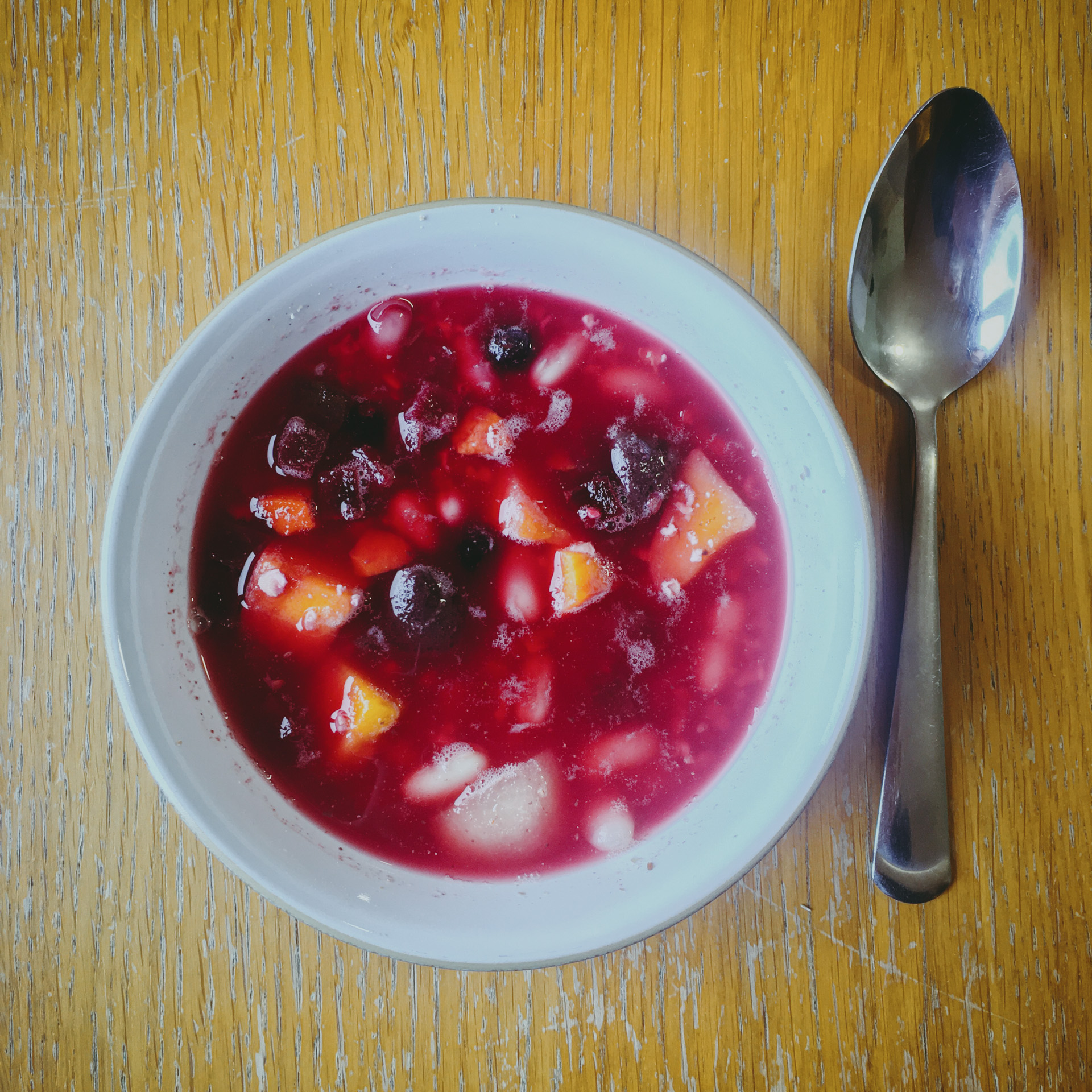 For reasons far too dull, laborious and specific to me, my diet is somewhat limited, having given up sugar, dairy, flour-ish, processed foods and hardly any meat. Not because of any radical diet or ethical decision but rather a long process of discovering that certain foods make me feel crap, and not eating them makes me not feel crap.

Add into that having no sense of smell means, for me anyway, that food doesn't really have much of a taste. My food preference is crunchy > chewy > sloppy.

I have zero emotional attachment to food, eating is annoying and a time-consuming thing that has to be done. I would be a prime candidate for Huel or whatever if I weren't so opposed to pretty much everything they appear to stand for.

So it came to pass that for breakfast I switched to oats and non-dairy milk, then only just oats and water, which I'd "make" the night before, by pouring water over oats in a bowl and sticking it in the fridge.

Then, probably due to Brexit, we ended up with a surplus of various tinned beans. In an attempt to get through that supply, I decided to add 1/3 of a can to the oats, 'cause extra protein at breakfast is good.

Finally for other different reasons we've ended up with a surplus supply of both frozen fruit, and, this is the important part, frozen smoothy mixture which looks like frozen fruit but is a bunch of other stuff too.

Which is how, while preparing my breakfast in the evening, I came to accidentally add a beetroot & carrot mix, rather than forest fruits.

It was honestly, fine.

I feel like if I tell people "Oh, I have a mix of water, oats, pulses, fruit and root vegetables for breakfast" that it sounds like I'm on some kind of perfect nutrition health kick, mainly though it's circumstances, small accidents, a way to use up food, and not being bothered.

Anyway, I'm now off a make a webinar and sell an e-book on my radical new diet. 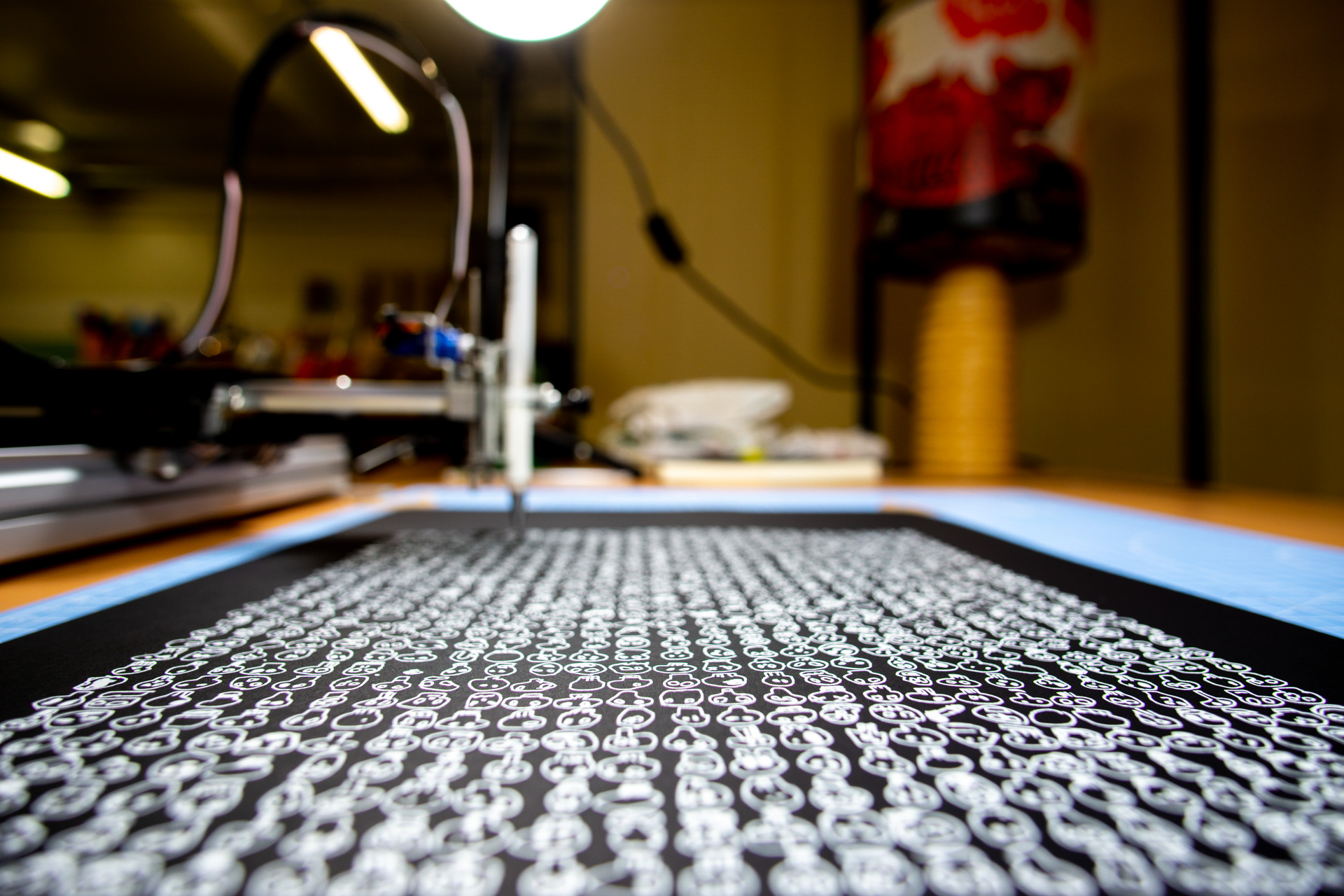 I mentioned a couple of weeks ago about building my own online shop rather than using a web service for it. But I've since decided that's a bad idea. I think it's easy enough to add a "buy this now" button to something, but every time I think about managing a cart of several items, automating shipping costs and currency conversion, I nope right out.

I think Shopify is probably the answer, although whenever I look up YouTube videos about it, they're all about "Dropshipping" which makes the whole thing seem scummy. So I'm probably going to use it, but mess with the CSS enough to make it less Shopify looking.

The odd thing about it is, that since deciding that's what I'm going to do my Instagram posting has dropped off. I usually do something with the pen plotter, take some photos, or video, edit them and then excitedly post the results right away. But now I want to have the shop set up, so I can sometimes add items to the shop first, then post about them — all proper entrepreneur bizznizz stuff.

And, while this is an excellent problem to have, the last few plots I've posted, I've have had people DM me asking to buy them, which is nice. But at the same time, I had a beautiful set of photos of them to put into the online shop, so when it launches, it has a good range of things.

Annoyingly I'm selling things before I get to sell them.

So now I'm holding plots back, and that feels weird, and I'm definitely overthinking everything, and not entirely sure I'm cut out for the commercial side of "art".

I'm trying instead to think of it as a game, not that helpfully probably, but at least I'm more comfortable with it framed that way.