Shrewsbury was beset by more floods this week. Which made it somewhat tricky to focus on work. Especially when you're keeping an eye on your studio to see if it's going to flood. Spoiler: it didn't get flooded although it did start to come in the back fire escape.

I didn't go and take as many photos this time, but I still grabbed some. 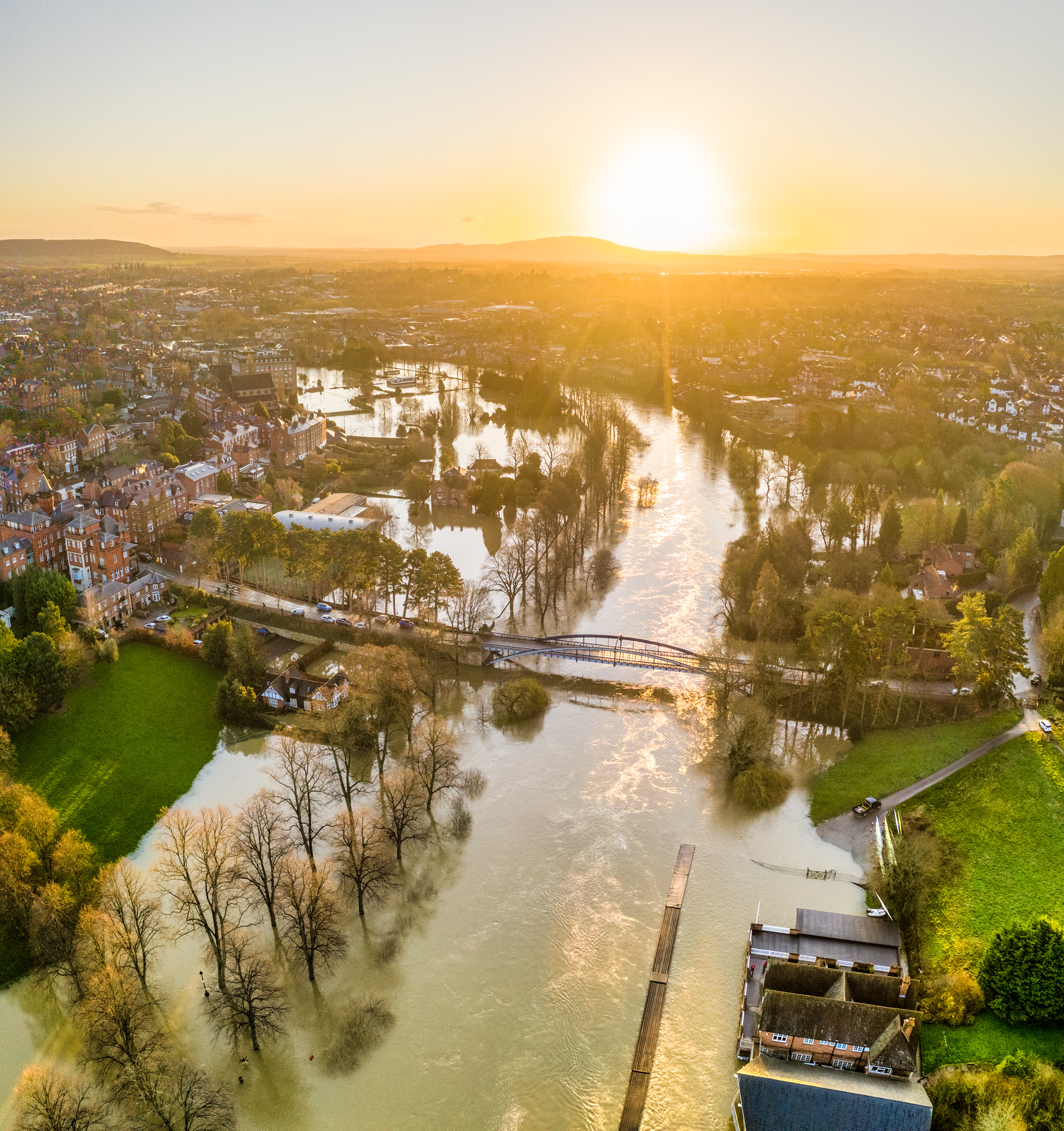 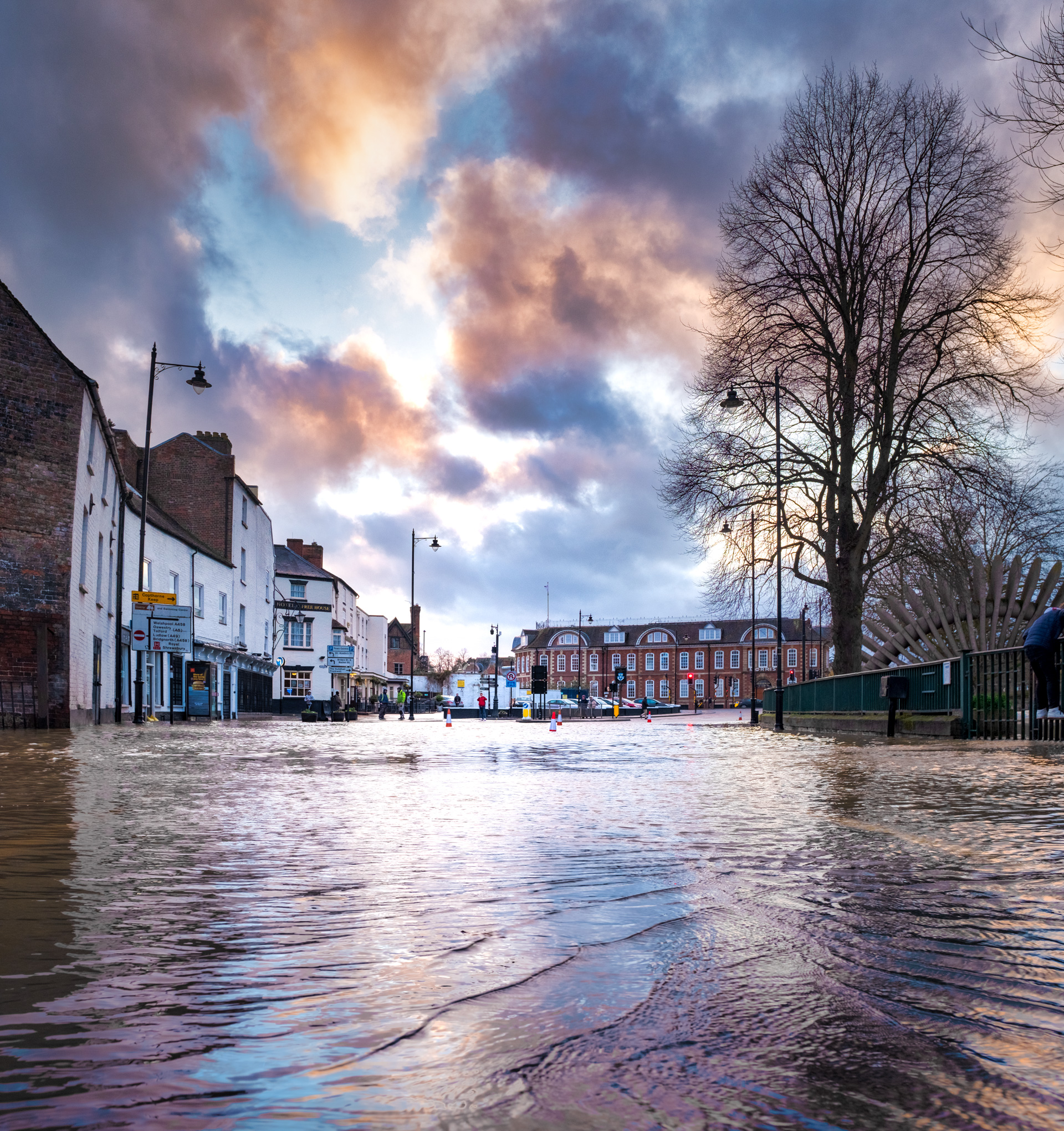 And of course another video. I'm enjoying the process of making videos a bit more now that I know a couple of tricks when editing which makes things quicker and easier (creating proxies in Premiere).

As I said the flooding has made it hard to focus, so there's not much more to the weeknotes this week. I'm ok with that.

I started designing pen-plots with the an eye to actually selling them. Up to now I've been exploring the whole area, finding out which pens work well on what paper and trying to get my code to all collapse into a useful framework that I can just plug new ideas into.

At the moment when I start a new "sketch" I copy and paste a previous sketch and cut the old bits out and put new bits in. Slowly I've been making sure that bits of code that are the same, or nearly the same for each sketch are written in such a way that I think I'll be able to move them out into a seperate file. Hopefully at some point each "sketch" will have it's own config.json file that handles all the adjustable values and a seperate sketch.js file that pulls in all the common code and has just the bits that actually draw the design.

I already know it's not going to work like that, but something similar but more wrong. Either way, tiny steps towards being "perfect" is good.

I think I've moved on from the experimenting and exploring phase into being more purposeful. I'm now deciding what I'm going to do, why I'm going to do it (fun, something new, something to sell) and to take the photos or video I need properly along the way. Then spend the time editing the video and photos into what I need before racing ahead to the next thing.

So obviously I'm going to write my own online shop to sell the prints, rather than just pick one of the off the peg ones, because I'm an idiot.

Working with Google's "Quick Draw" dataset, this one is for fun. 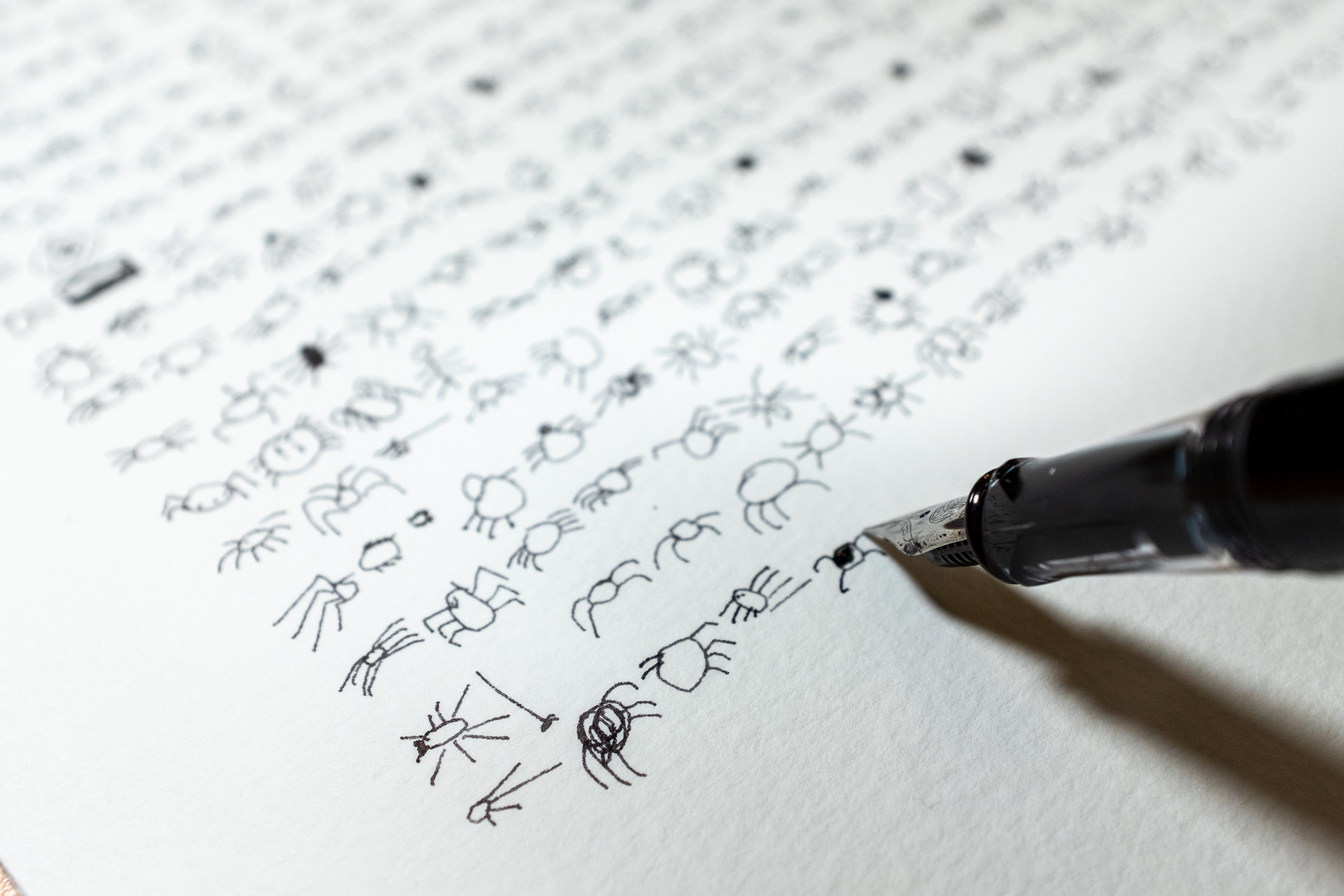 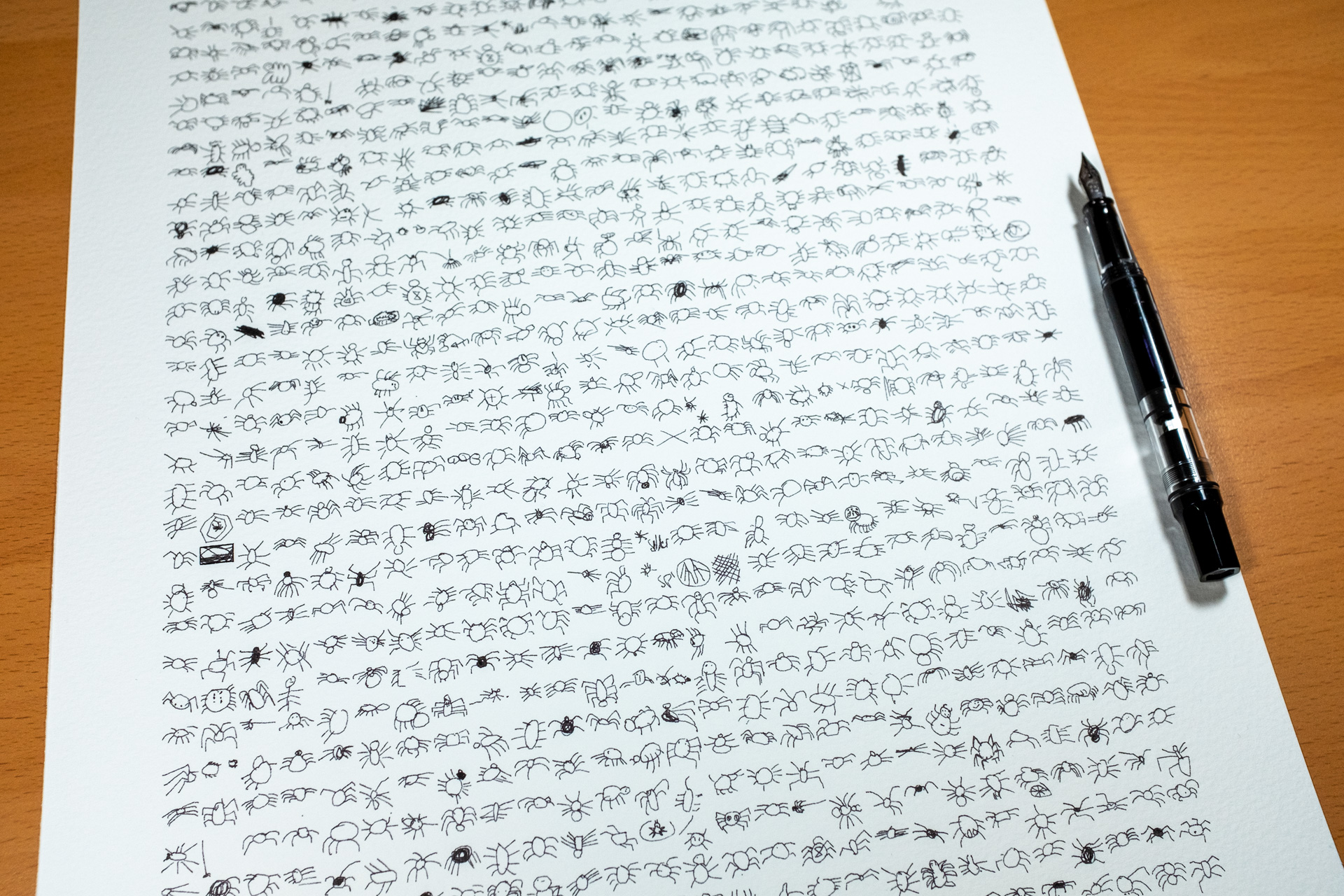 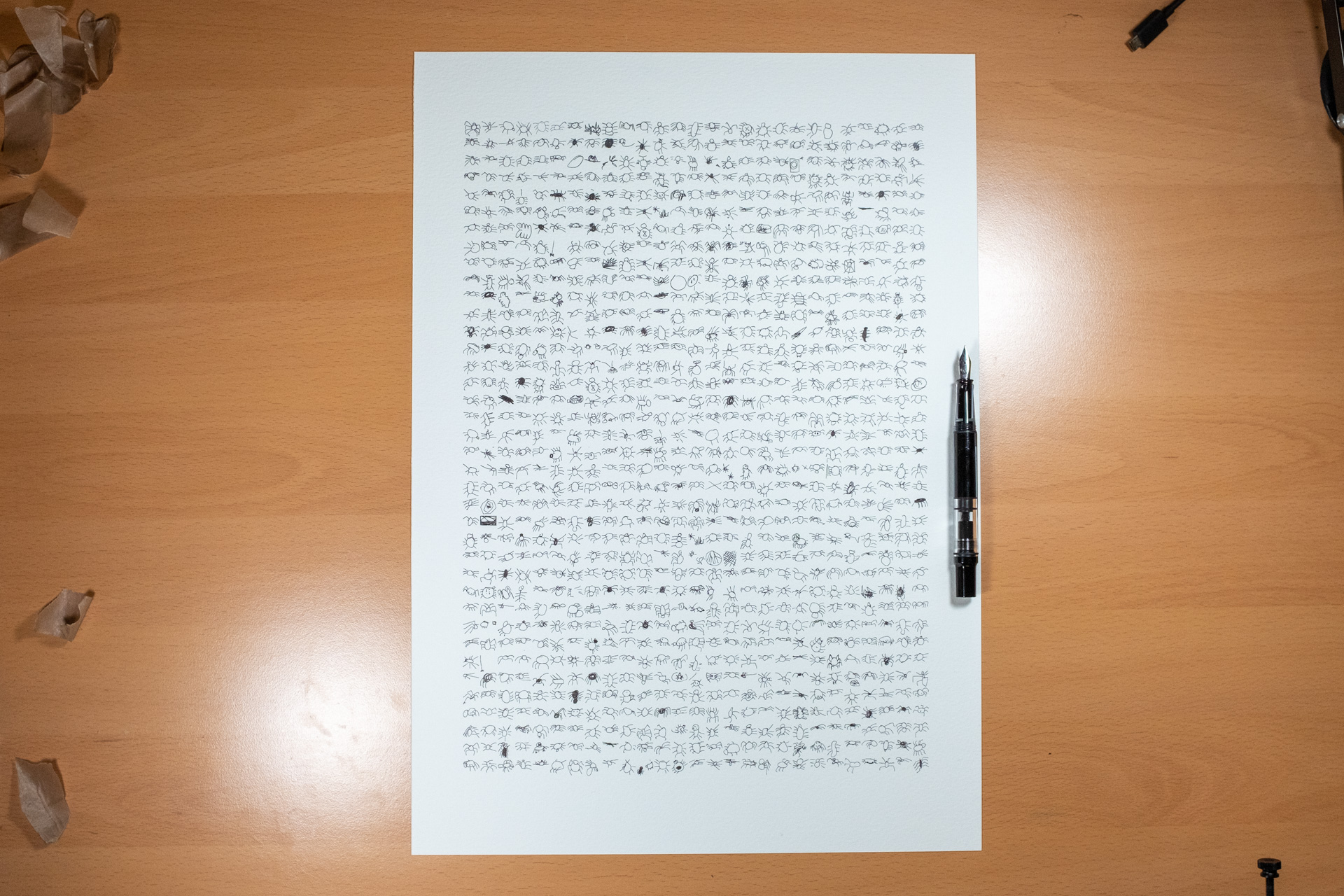