Slow week this week, or fast depending on how you look at it, which means not much new since last week.

But talking of "new", in stupid stuff added to the website this week news; I found a "NEW" icon in an old Yahoo! codebase on an old backup. Weeknotes and journal entries from within the last six days get an icon.

I want to expand that to standard blog posts next, but need to find another suitable "NEW" corner sticker for those. 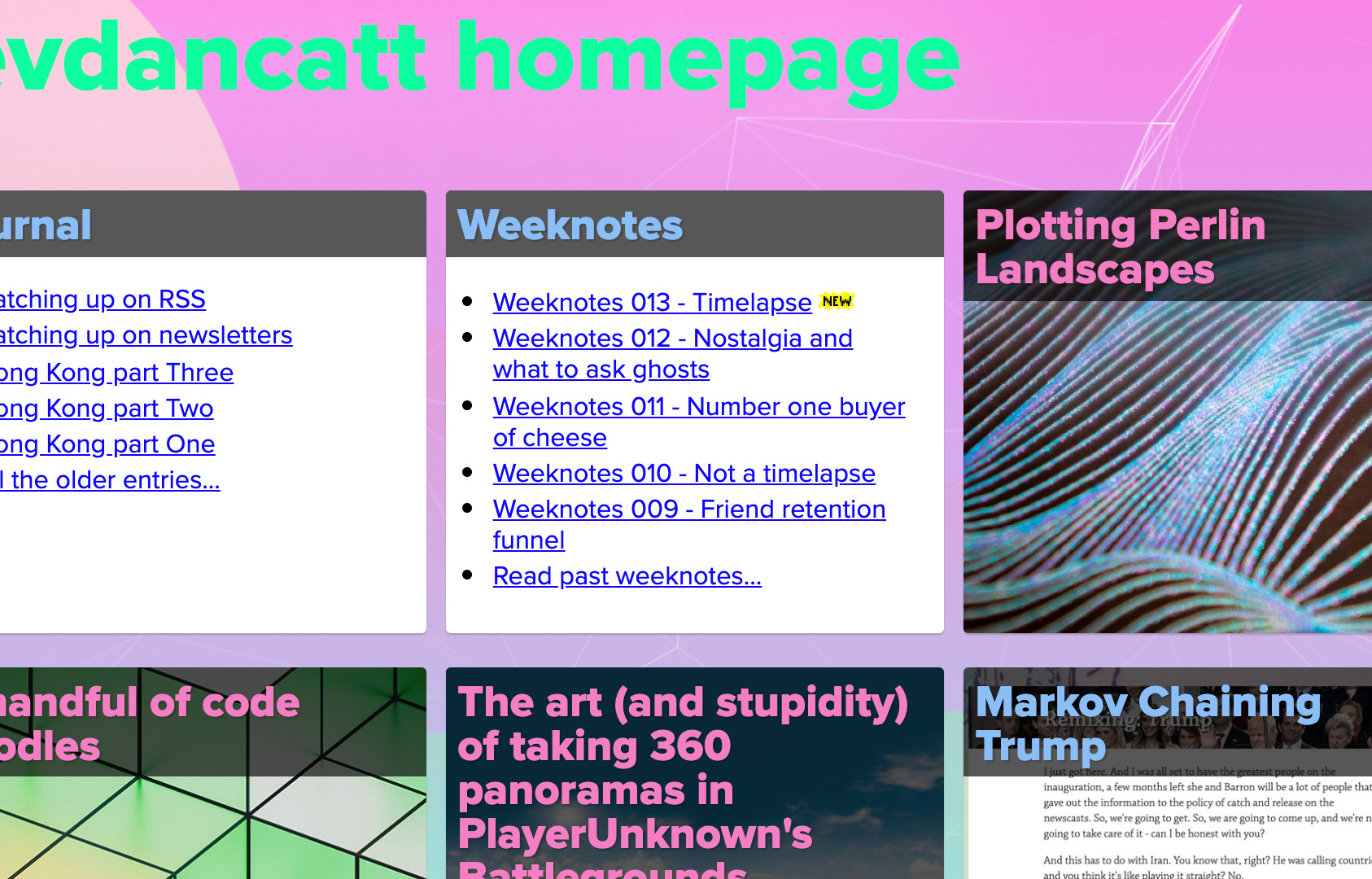 Each time I end up at a website with one of those static backgrounds, the kind that stays in place as other sections scroll over the top, I wonder how it works.

Not enough to care to look up how to do it, I still like the sense of surprise (and slight discomfort) each time I see it.

I did a couple more pen plots this week. I decided I wanted to make a set of four, based on the elements because that's an easy hook to hang various colours off. 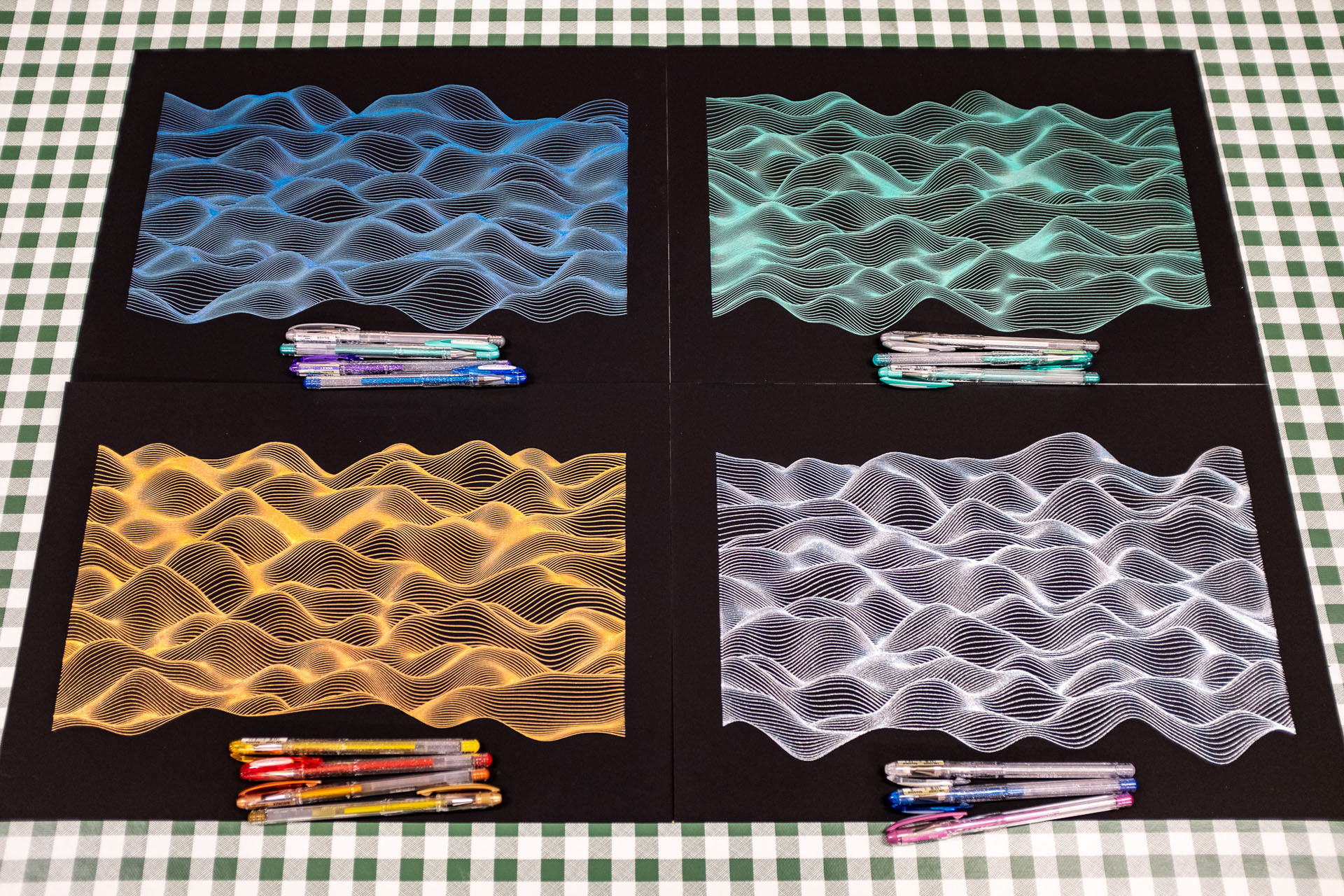 I have trouble capturing how sparkly and shiny they are, even when I shoot video. Someone on twitter suggested that was because we usually see glitter and the like with stereo vision, the light reflecting differently into each eye. And UV from the light reflecting also plays a part in how bright it looks.

Both of those things don't get captured with a photo, hence the flatness.

Oh well, all the more reason to send them to people I guess. 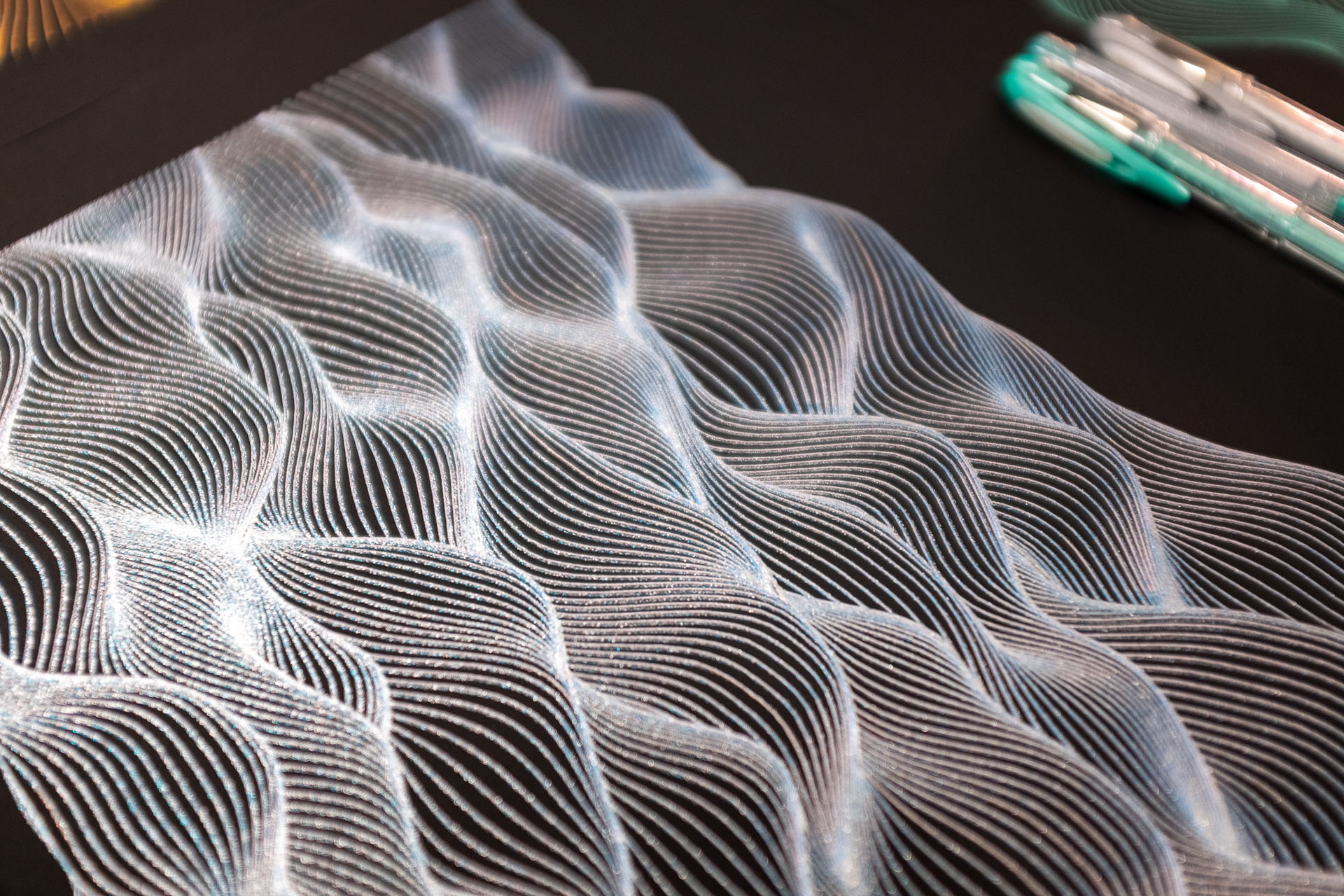 Yesterday I wanted to try making a timelapse. This time of the year is the only time when the sun shines right down the main street in Shrewsbury as it sets. I figured it'd be an excellent chance to see how things work as day changes to night.

I've tried a couple of times before and messed up the settings; this time seems ok. On the other hand, I've now decided I'm using both the wrong lens and the wrong camera. So pretty much everything then.

Now I have to try it all over again.

On the plus side, it was pretty fun standing in the street for two hours without much to do other than babysit the camera. I got to chat with a few people who were trying to figure out what I was taking a photo of. The view looked fairly mundane, but when I said: "I'm taking a time-lapse." that seemed to make people happy.

I told myself I was going to use Vimeo for hosting videos rather than (yucky) YouTube. Alas, the music I'm using from Epidemic Sound is licensed for YouTube but not Vimeo, and I'm short on time for making my own.

As a compromise, I'm using the nocookies version of embedded videos, thanks Phil.