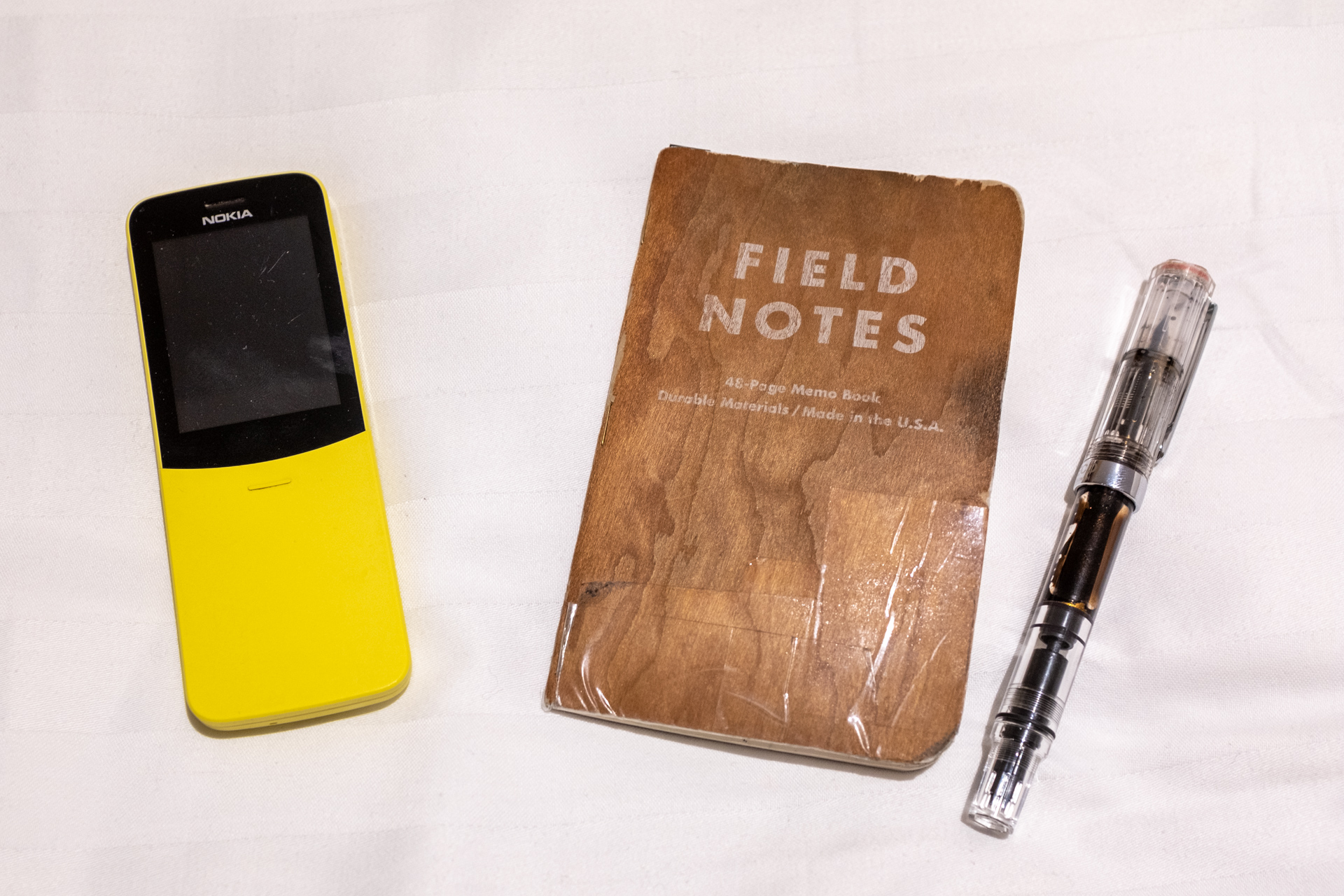 Let's call this half EDC (Everyday Carry) and half idiocy. At the start of the year, I decided to ditch social media; I was going to control all my own content and have everything here on this blog. While that didn't work out 100% (or even 20%) I still like the idea. Also, I found I was using my phone too much, fiddling with it here and there, and worse, using it to take photos rather than my "proper" camera.

I don't actually think taking photos with your phone is particularly bad at all, it's great in fact. However, I had a camera I want to use more. Clearly ditching the phone was the solution, which is how I ended up with the Nokia bananaphone.

It is a terrible idea, don't do this.

Which is how I find myself in a hotel room, about to go to Hong Kong for the week without anything useful like maps, or city mapper, or all the apps that tell to which bus to catch and when, and the millions of useful other things.

No, I have the Snake app, and three demos from Gameloft I can't delete off my phone.

I am an idiot.

Instead, I look everything up beforehand, try and predict anything that could go wrong, then write all those notes down in my notebook and then that's it. I land in Hong Kong on Sunday with a useless phone, which won't even send text messages at that point, and hopefully everything I need in that notebook.

I'm sure somewhere there's a Medium post about a crazy sense of adventure, but, well, fuck it, it'll be fine!!

Book news, well, I don't want to admit to this, but this week I started and finished Thraxas, which is a pulp fantasy novel which has a chainmail bikini half-orc, half-elf, half-human on the cover because of course it has.

I find myself here because the series was recommended as suitable for "Young Adults" readers who like a bit of D&D in their books, i.e. my kids. But I'm still at the point where unless I really know what the book contains and don't totally trust a book with bikini-clad warriors on the front then I'd better read it first.

It wasn't awful and was quite entertaining in places with a danger of falling into farce near the end.

I promise to be more high-brow next week, which won't be easy as I'll be too busy to do anything, but we'll see.

Oh, I'm doing that whole pretending to be an artist thing, which is just imposter syndrome for being an artist who hasn't done art for a long time.

So I have my art studio, which is lovely — tables to spread out on, which is a luxury, to be honest. However the place where the studios are was supposed to have an exhibition, but that fell through. So it was decided that all the studio artists should put up some of their work for a few weeks before Christmas.

Now I'm pretending to be an artist, with a show. 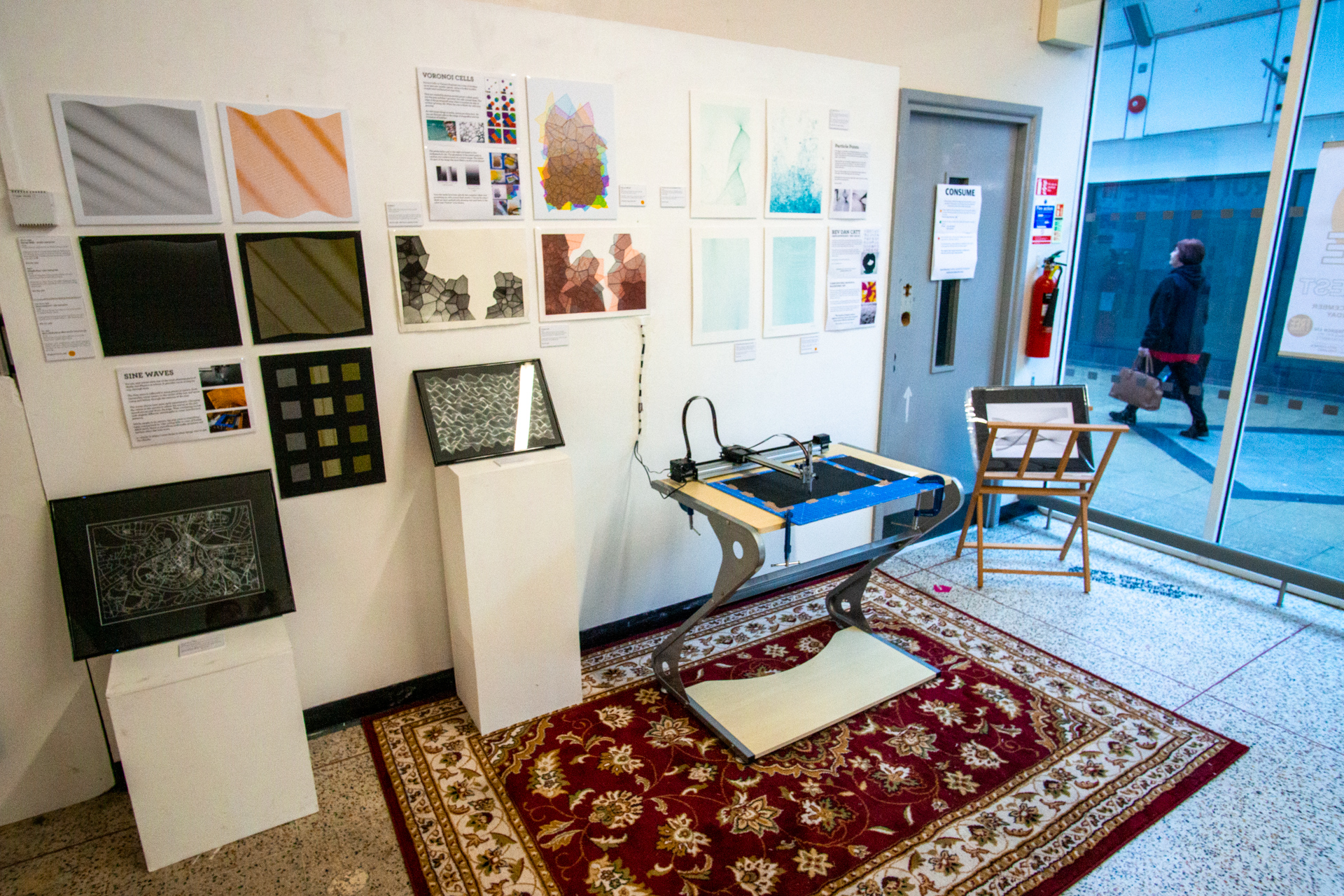 If I was a proper proper artist, I'd only have four pieces up on that wall. But I decided that what I really wanted to do was put some up with enough explaining text around it to help people understand what was going on, the maths involved and how similar patterns are found in nature. Rather than having small cards with things like "Phase IV, ink on paper" and that's it.

This is going to sound silly but.

I'd decided that some of the designs I'd finally gotten to were worthy of better paper, you know, the posh stuff.

So I got myself some Fabriano Black Black. 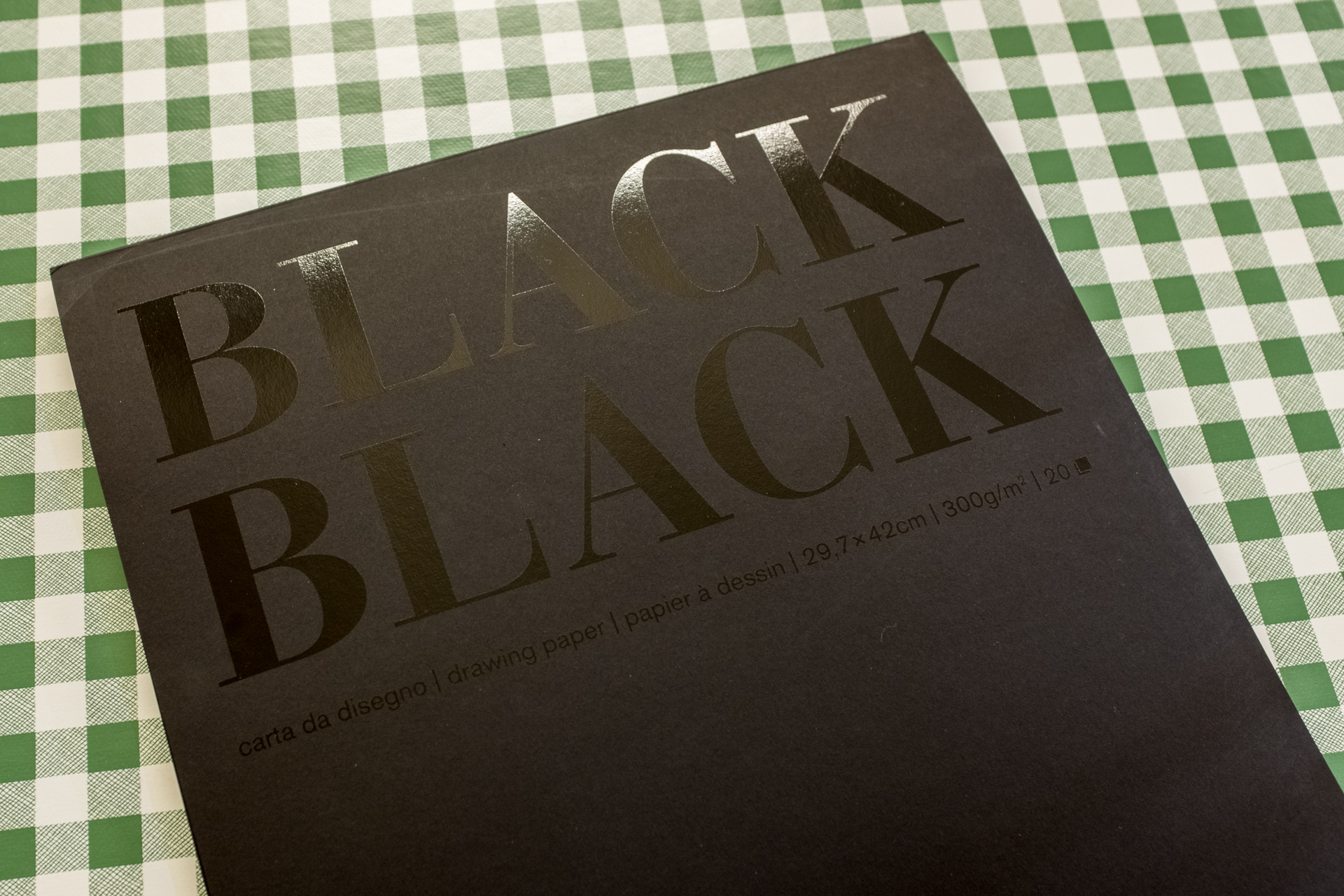 Fabriano makes fantastic paper for artists, like, the best, and the Black Black, well there is none more black.

When I saw the silver go down on the black, I honestly nearly cried with joy and overwhelmed with emotion. The silver was, is, so bright on the black, and the black is so, well, black. 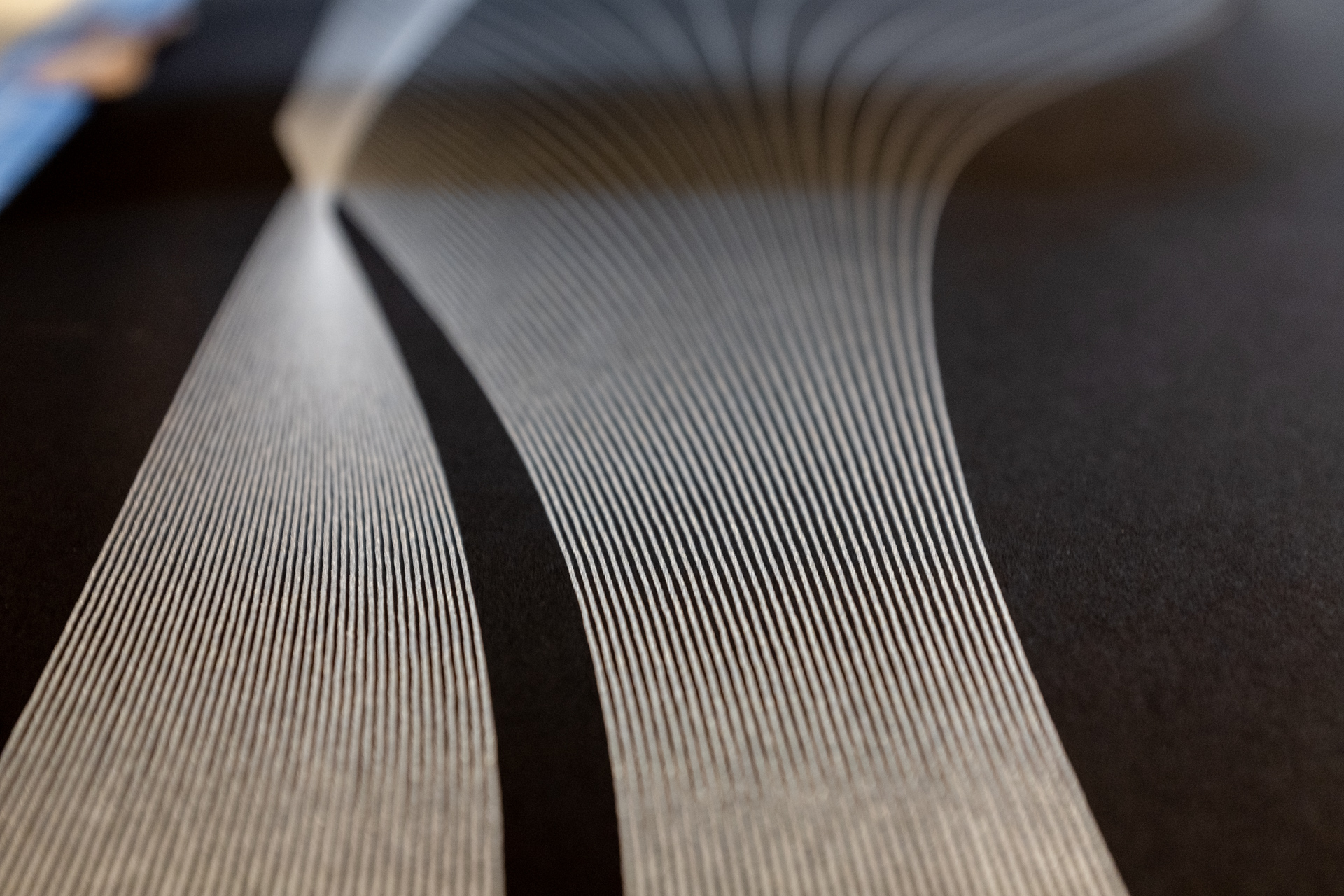 I'm almost crying now as I write this at the memory of the sheer beauty of the blackness, and how a stupid photo can't do it justice.

I may need help; let's see if jetlag does any good. See you on the other size.