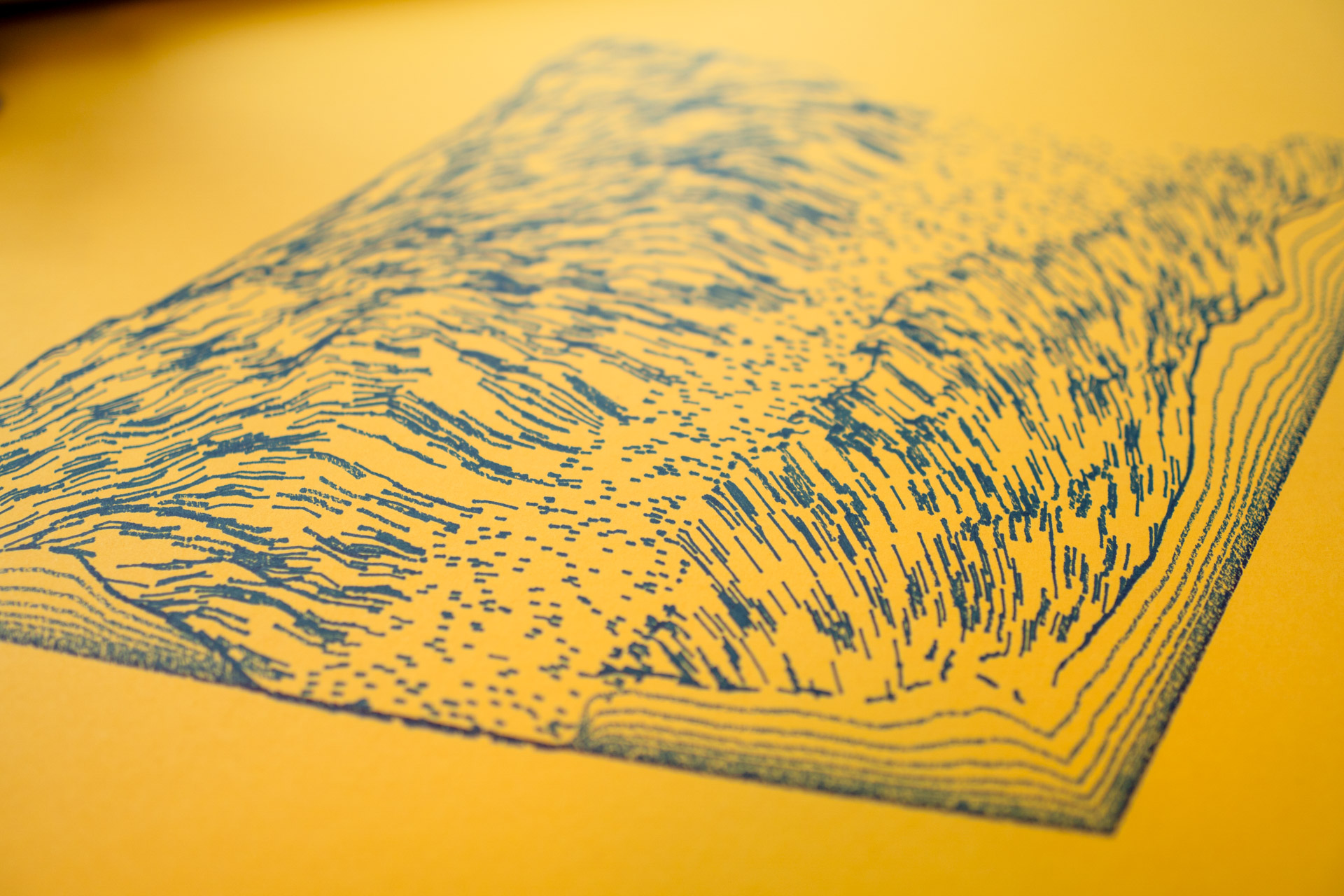 This was a fun, quick project. Over on Art Blocks generative artist and creative coder Matt DesLauriers released a project called Subscapes, generating 650 different yet similar squares of land.

With all that out of the way, onto the pen plotting of Subscape #433. 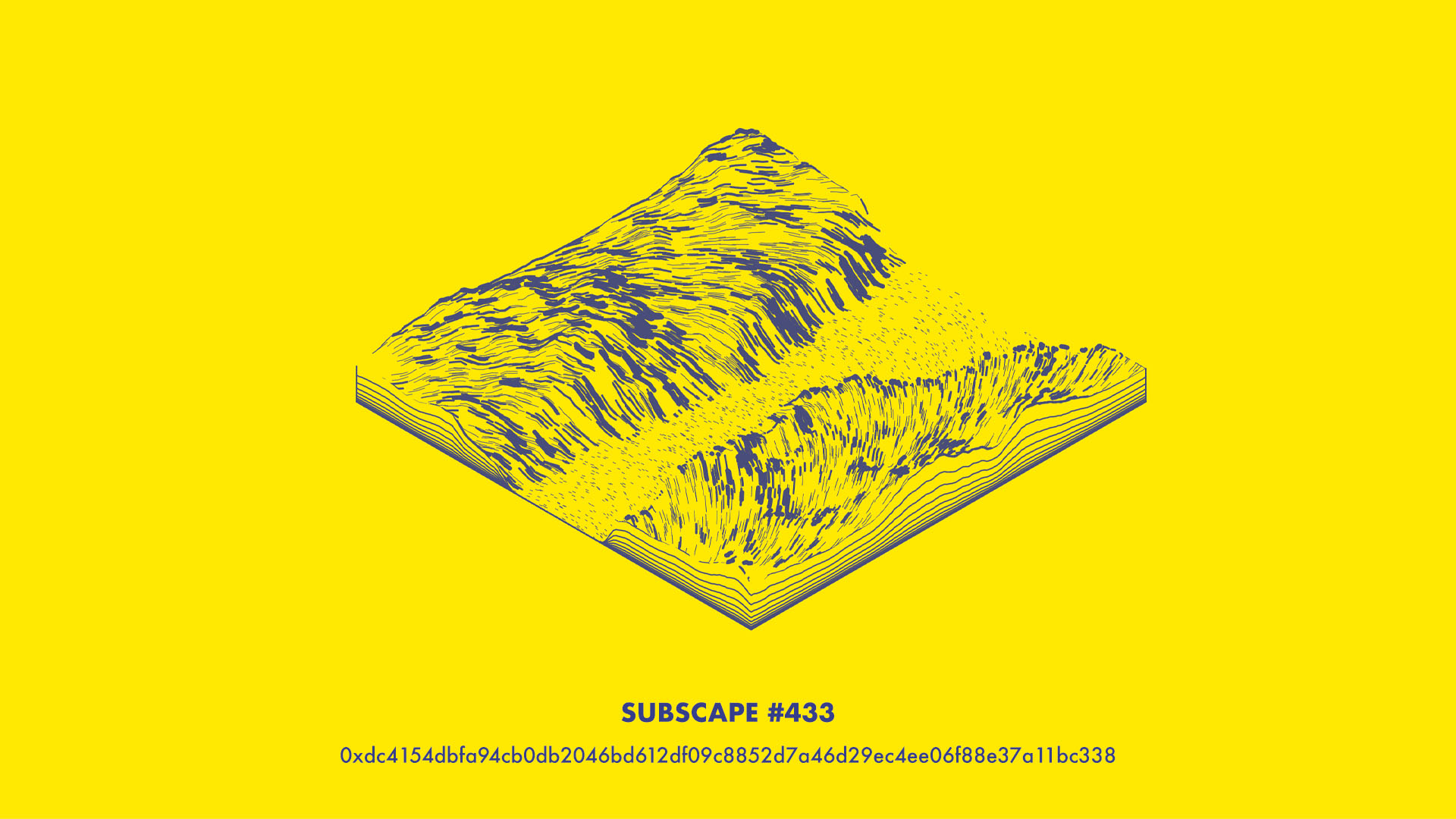 One of the joys of Art Blocks' "Art on the Chain" is that the code behind each project is burnt into the blockchain where anyone can see it. So, with a quick poke around, I got my hands on the code, snagged the "hash" that created Subscape #433 (which I'd decided on because I liked the river and the simple colour scheme), and smashed the two together.

I was happy to see in the code only one place using the moveTo and lineTo methods. 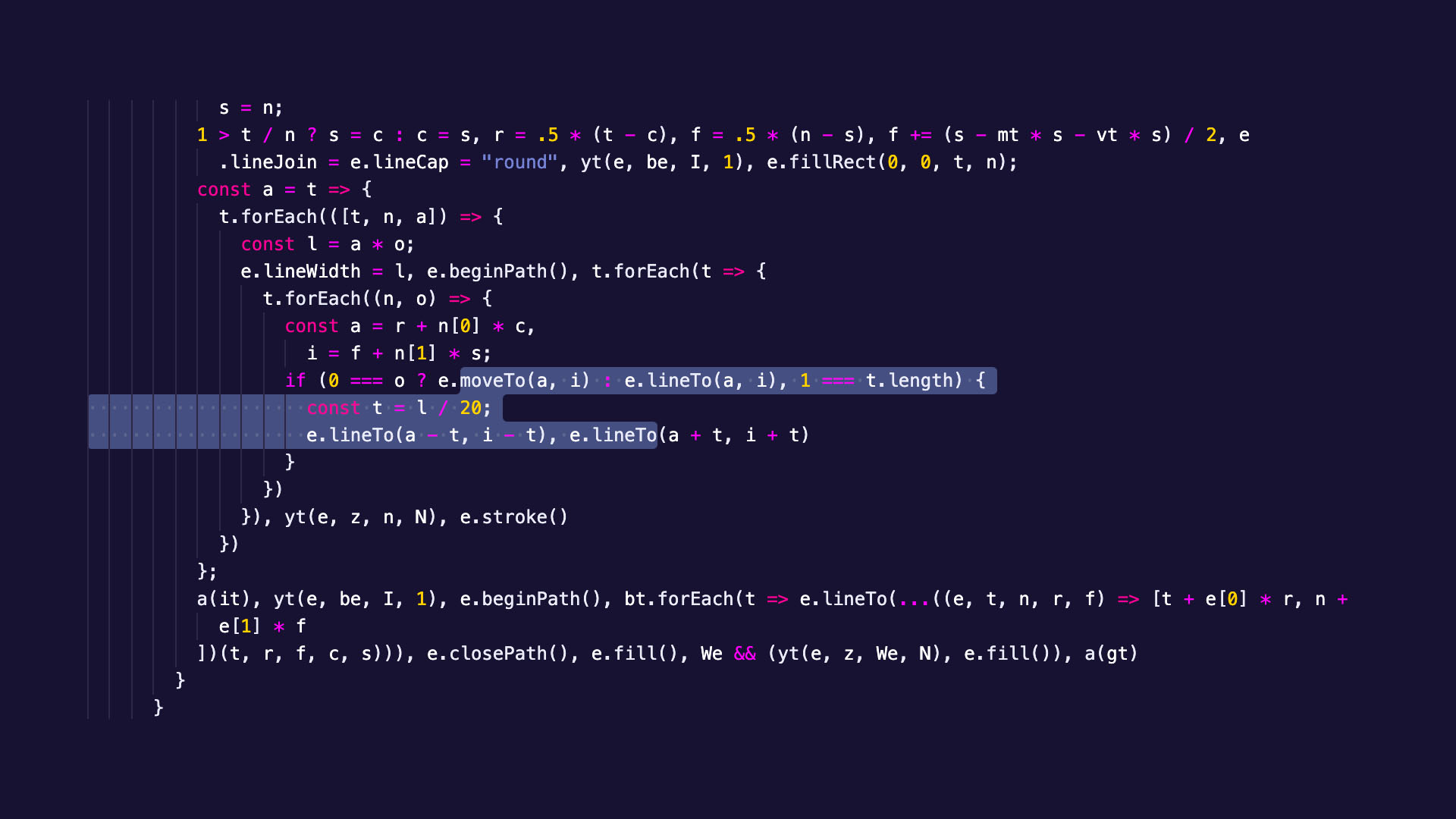 Meaning that if I just hijacked those lines to grab the (x, y) coordinates and stuff them all into an array, I could later use my normal pen plotting code to pull all the lines back out of that array and then plot them. 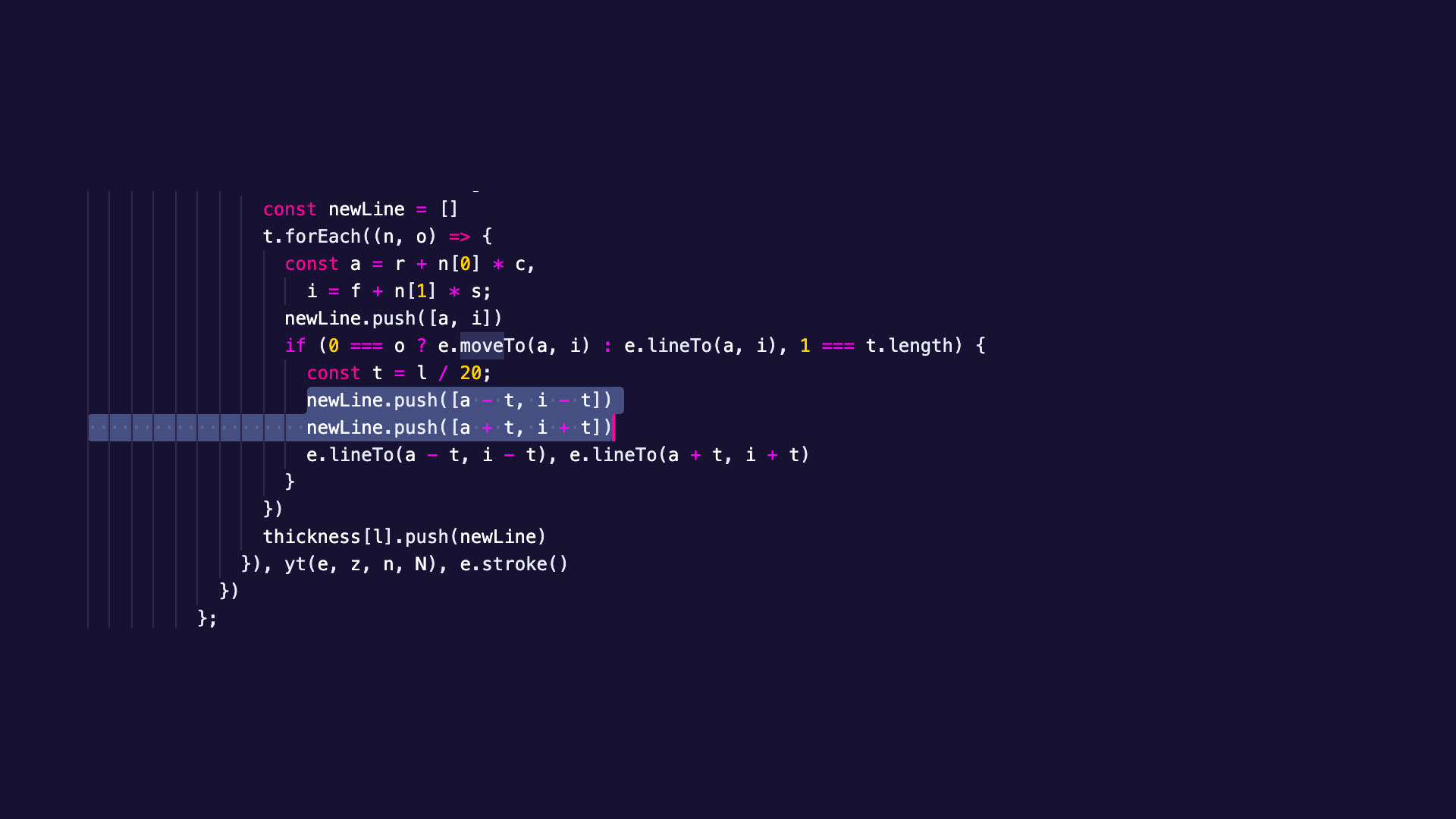 Matt very kindly also uses standard pen thicknesses to represent the different thicknesses of lines in his code. Meaning in theory, I could match the pens I was using to each of the various thicknesses in the landscape. In the end, I just grabbed two Sharpies, one "fine" and one "thin".

It's worth noting that Matt has code on github, which will output everything as an SVG anyway. But that wasn't there when I first started messing around with the code, and I also wanted to use my own UI and tools for controlling the plot. 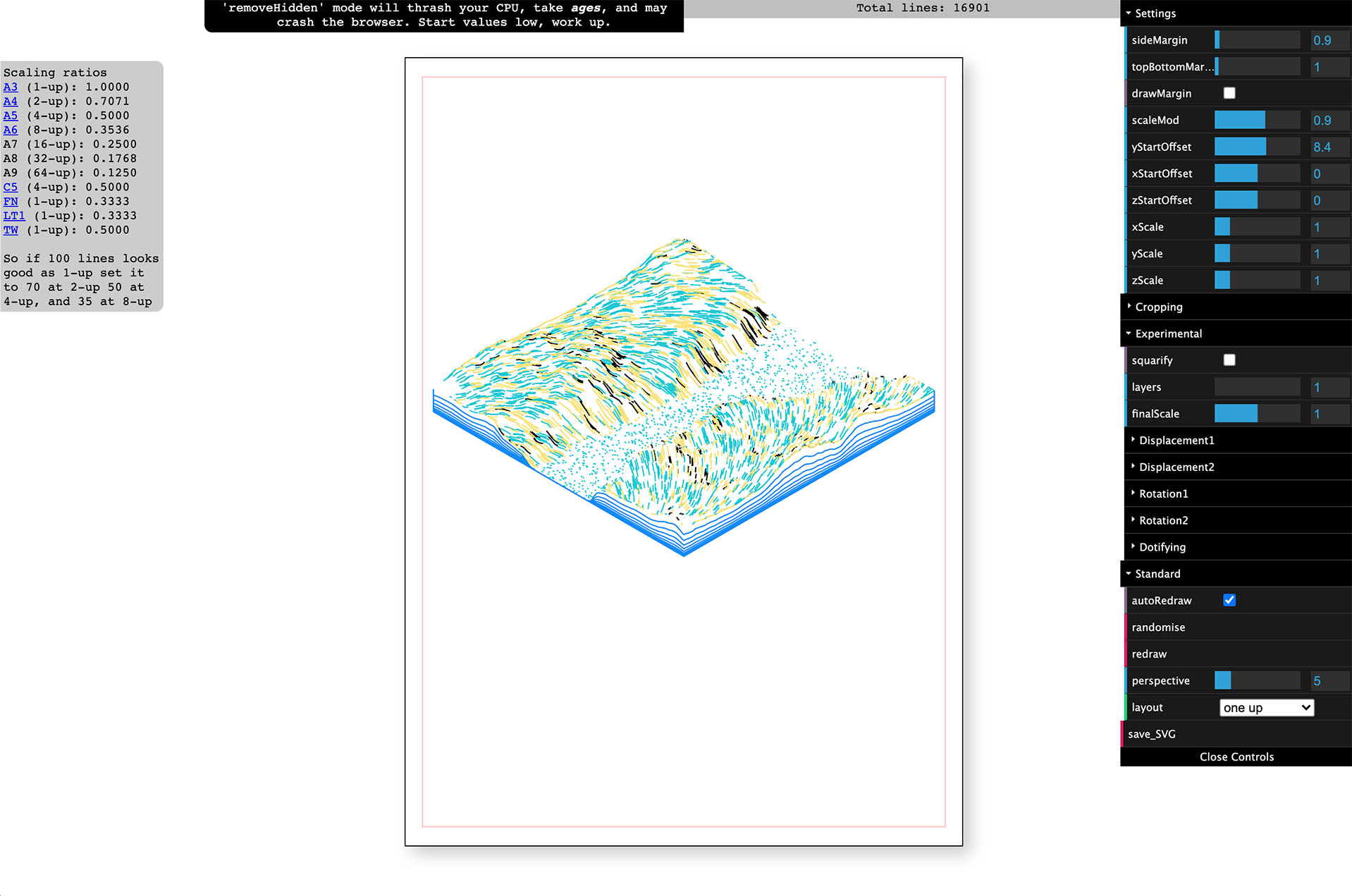 And that very briefly is the fun I've been having with Matt's code and pen plotting; thanks to Matt for such a great project.