This Monday I saw the blog posts about the hallucinatory images created by Google’s Neural Network AI, by Thursday I had the t-shirt.

I ripped open the package eagerly, exclaiming “ta-da” with delight as I held the t-shirt in my hands. “It’s a bit ugly” was my wife’s verdict, “I know, great isn’t it!”, at which point I threw it on, grabbed my camera and daughter and raced into the garden to take photos. 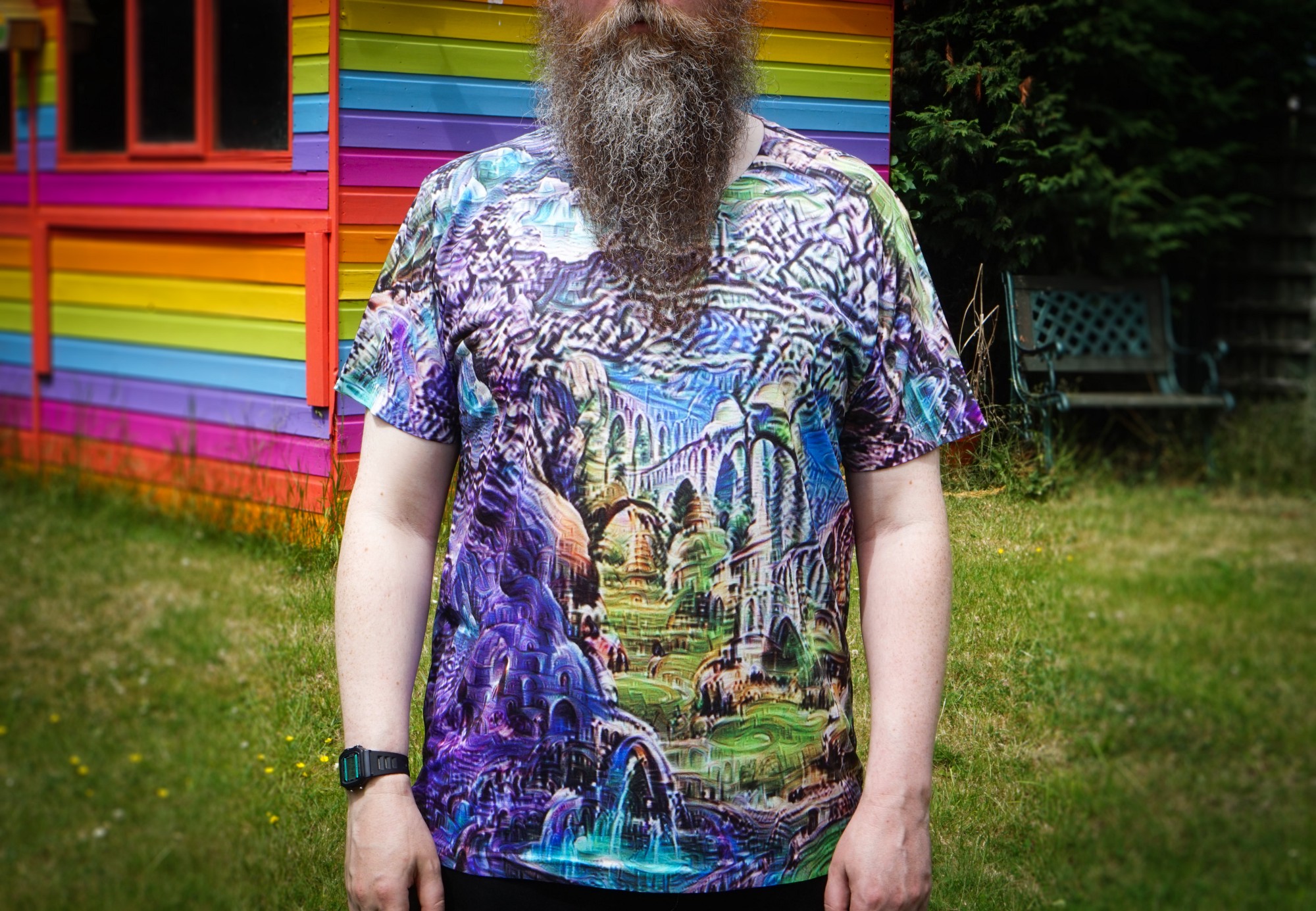 The point of the exercise wasn’t really to end up with a t-shirt, rather it was a race to see how quickly I could take something off the internet, through the physical world and back onto the internet again, re-contextualised as a tumblr post. 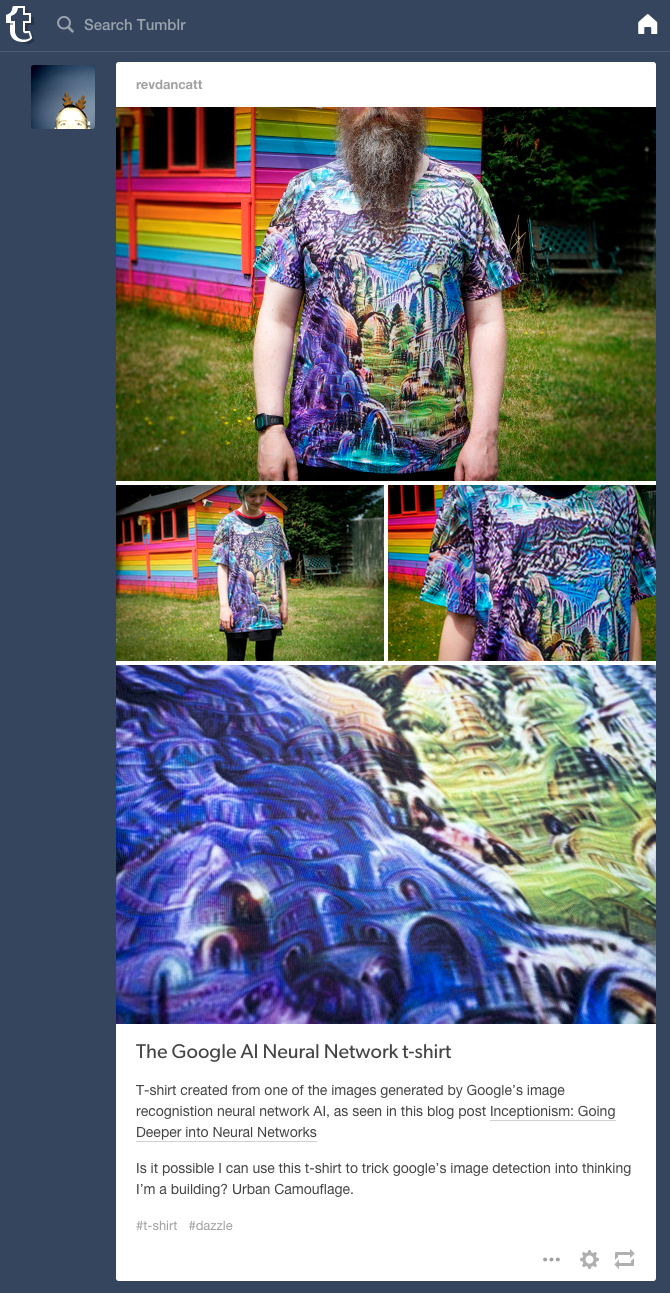 the flip-flop (n.) the process of pushing a work of art or craft from the physical world to the digital world and back again — maybe more than once

It’s step three above that is most crucial to the flip-flop, because that’s where it becomes clear you aren’t aiming for fidelity in these transitions from physical to digital and back. That’s where your work gets exposed to a whole new set of tools — really, a whole new physics.

The mouse-mat (physical object) I had printed for my blogpost took 12 days to turn around. Later that year, a simpler project to print postcards took 8 days. 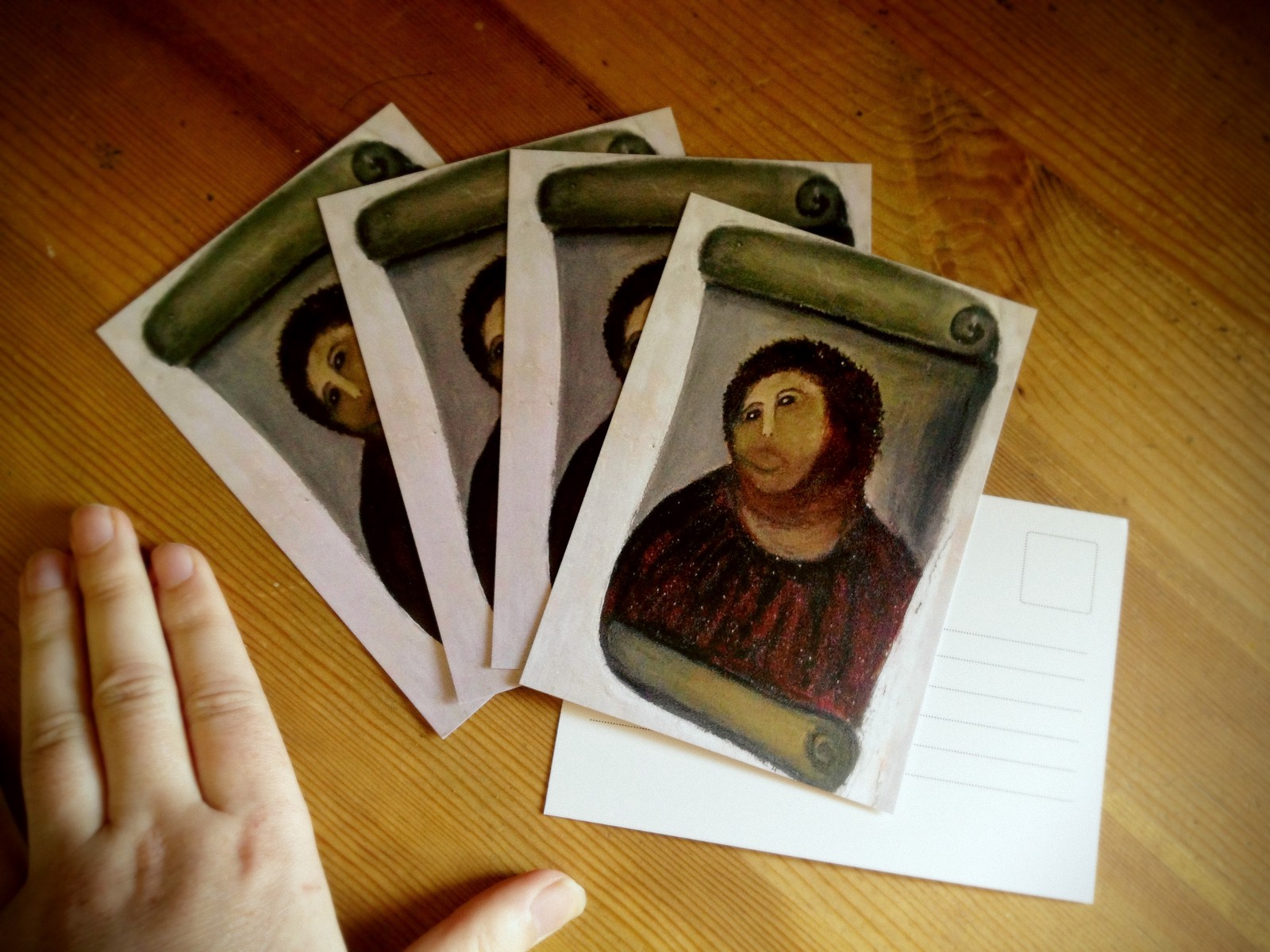 This t-shirt is more of a “bounce” than a flip-flop, bouncing something digital out into the physical world and back to digital again. The fun thing is to see how fast you can make the bounce happen. Back in 2012 it was 12 for a mouse-mat, 8 for postcards. This week it was 4 days for an all over, back & front, full-print t-shirt from SubLab.

The original Google post about its Neural Network “Inceptionism: Going Deeper into Neural Networks” was published last Wednesday on the 17th, with various other sites posting about it in the following days. I read about it on Monday and knew a tumblr photo-set of a t-shirt sporting one of the images was the correct response. And by “correct” I mean “fun”.

I even had the tumblr photo layout visualised in my head… bearded guy with tattoos wearing it (I had the beard, getting tattoos just for this seemed maybe a step too far), a woman wearing it for which my daughter would be a stand-in, and then a close-up crop of the design. Total tumblr fodder!

Because I’m old, my internet generation think of t-shirt printing as CafePress, but I also knew all-over full front-and-back t-shirt (and hoodie and leggings) was now a thing. I figured maybe CafePress now do those. A quick look put me right… 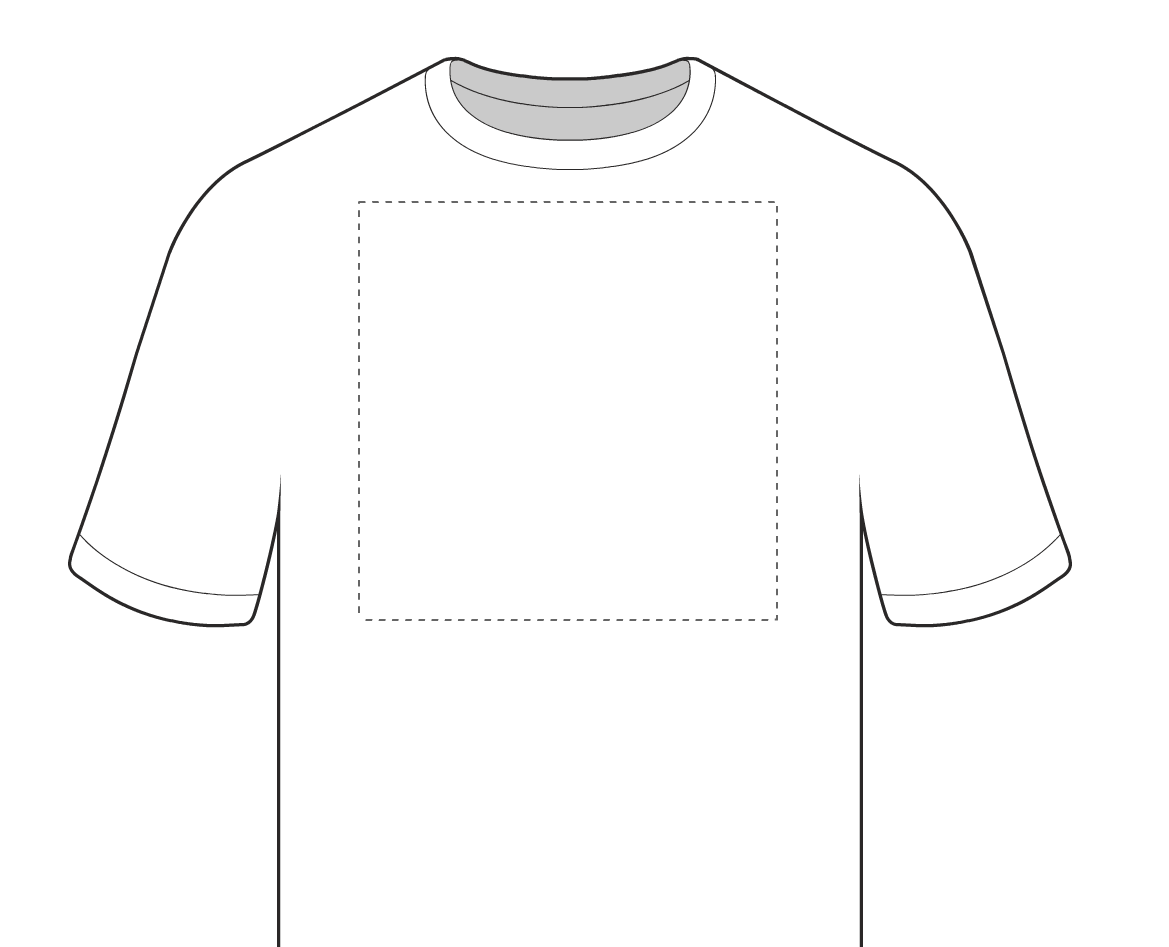 I mean, come-on, maybe I want to order some CD labels with that.

The lovely SubLab to the rescue, importantly for me a UK based t-shirt printing team, friendly, surprisingly cheap. I snagged one of the Google images on Monday, sent it to SubLab (totally telling them that yes of course I had permission to use the image), it was printed on Wednesday arrived the following day. 4 days from reading about the images to wearing them.

If I’d been in London I probably could have popped in to pick it up Wednesday, a 3 day turn-around. If SubLab had Google’s Neural Network and a shop front you could probably walk in, say “bee hives” or “honeybadger” and walk out with a custom computer AI generated one-off t-shirt within a couple of hours. This probably already happens somewhere.

The future will only get faster. 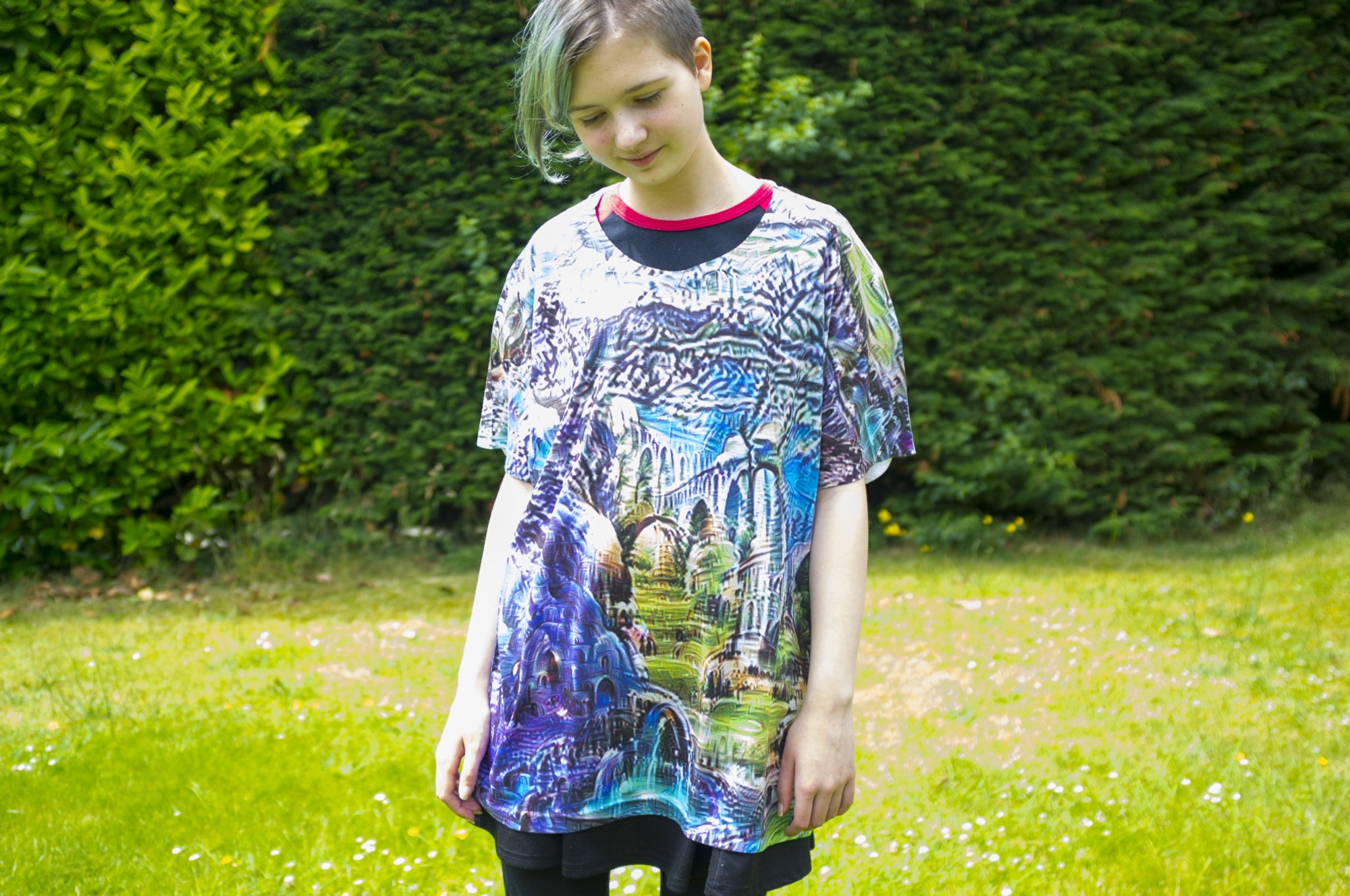 The t-shirt exists solely for the purpose of creating a digital artefact; the tumblr post. This is the somewhat weird world in which many of us live, something doesn’t really exists until there’s a post about it.

When I posted the t-shirt to twitter it got immediate response, people…

…when I popped out to head to the local shop wearing it up here in the medieval market town of Shrewsbury, not a single person came up to me and said “Wow, that’s cool, I was just reading about those images being generated by computer, and now here you are actually wearing one on your actual body only a couple of days later”. It’s fair to say, that no-one gave a shit.

Either than or I don’t get invited to the cool parties in New York, London, Paris, Munich.

A couple of years ago the bounce was “art” now it’s business. The bounce is Kickstarter, the bounce is taking an idea, often something digital, then making a single physical version of it, purely for the intent of photographing and videoing it. For getting blogs to write about it, people to tweet about it, posts on facebook about it.

The physical object’s single purpose is to be digitised, it (and it’s offspring) will only come into existence again if it can circumnavigate the digital globe.

My wife will be very relieved to know that this t-shirt only wants to carry on its digital life as this post, never to reveal itself in the physical world again. 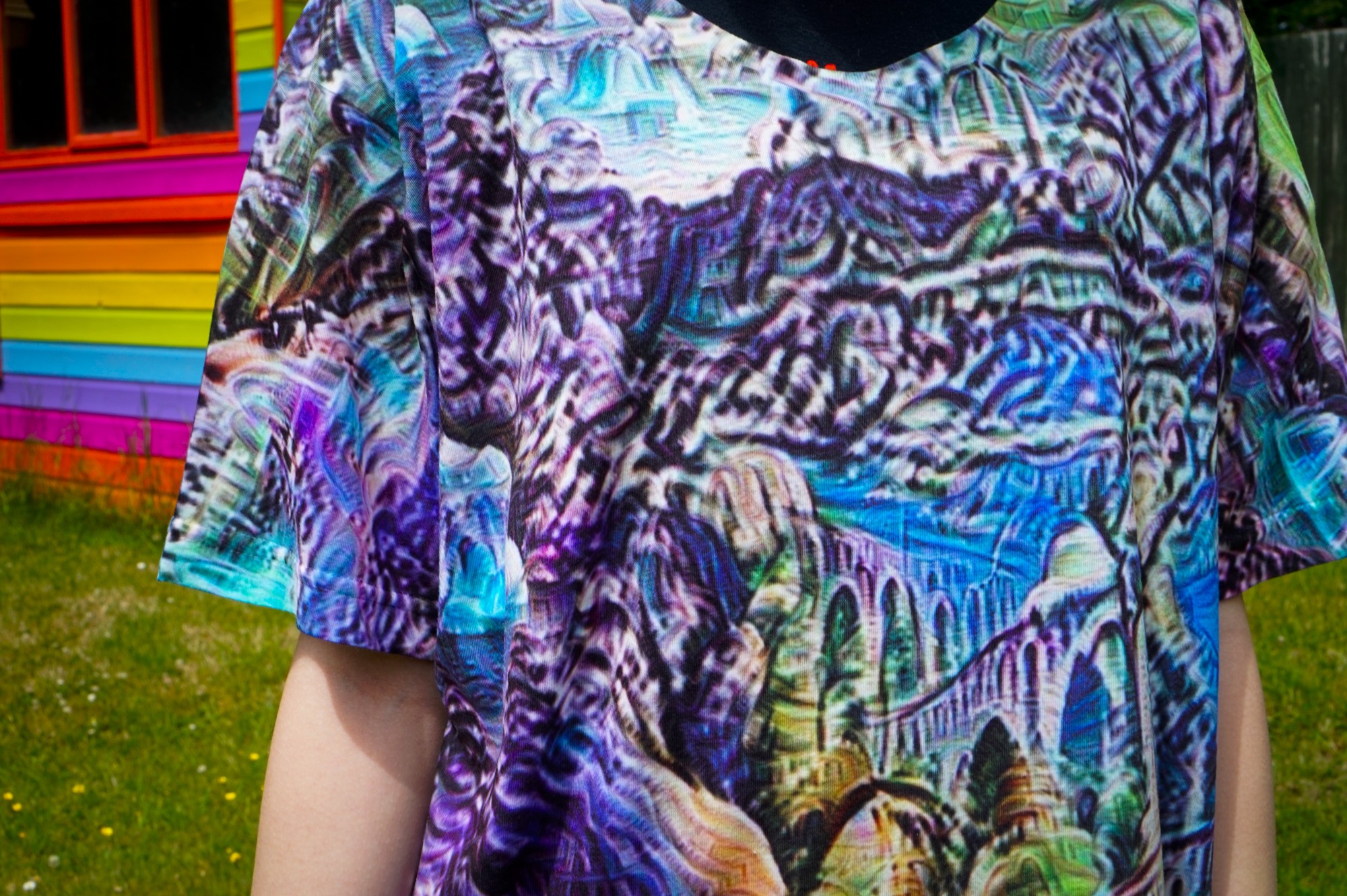 Which is why I ended up going to the shops on my own.